On Tuesday, the euro managed to overcome the strongest resistance of sellers and still went up to the level of 1.1375.

The reason for the move on Tuesday is that British Prime Minister May agreed to an important concession - if today, February 27, Parliament does not approve the agreement with the EU - May will put to the vote - postpone the Brexit date - to prevent Britain from leaving the EU without an agreement. (Now the release date is March 29). The pound went up sharply - and it helped the euro - albeit quite a bit - the euro fell significantly on the euro-pound.

Thus - there is an important signal - a breakthrough to the top of the daily level of the order of 1.1375 - but so far the breakdown may turn out to be false.

February 27 is an important day for the euro: At 14.00 London time, Federal Reserve Chairman Powell will make a report to Congress - as expected, Powell will make it clear that a Fed rate hike will not happen. 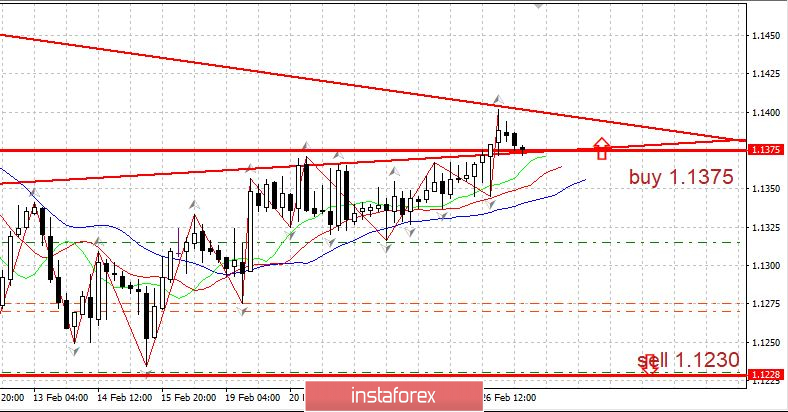