EUR/USD. A divide in the camp of the Federal Reserve: Jerome Powell remains "above the fray"

Yesterday, the dollar index fell sharply to the level of 95.86, reflecting the devaluation of the US currency throughout the market. Jerome Powell slightly disappointed dollar bulls, despite the fact that the market was ready for his "dovish" rhetoric.

Speaking in Congress, the head of the Federal Reserve confirmed his intention to show "patience" in the matter of raising interest rates, and also quite unexpectedly focused on the excessive growth of the country's debt. According to him, debt as a percentage of GDP began to grow too fast and this situation, by definition, is unsustainable. He complained that the United States spends too much money on health care (about 18%), while in other countries this figure is almost twice as low. At the same time, according to Powell, the effectiveness of these expenses is "very mediocre," which speaks of the imperfection of the system of medical care. It is worth noting that recently the Fed chief is increasingly talking about the problem of public debt, thereby reminding traders of the imminent arrival of a key date in this context (March 1), when the period of suspension of the US debt expires. 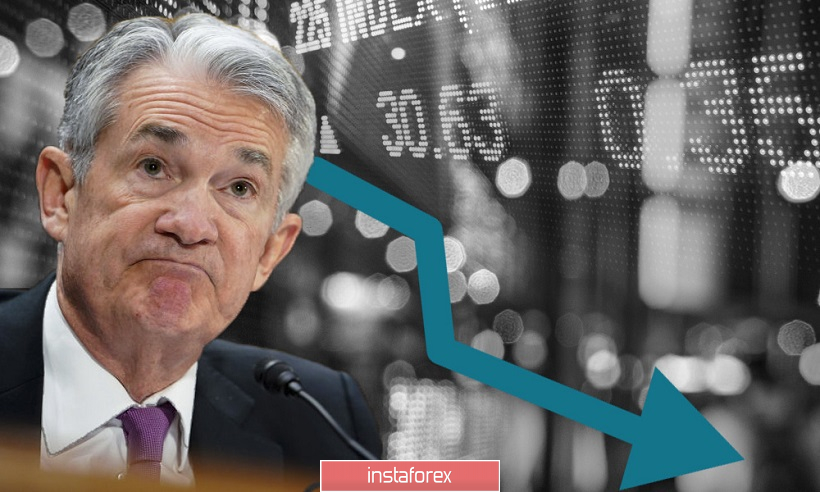 According to experts, the Ministry of Finance can exhaust the limit of funds in early spring, after which there will be another crisis of the "debt ceiling". The dollar will come under pressure once again - due to the hypothetical probability of a technical default of the United States or excess liquidity, which will be issued by the Treasury. Against this background, a political crisis is not ruled out if the White House (trump) and Congress (Democrats) cannot find a compromise. In other words, the issue will soon be on the agenda, and Jerome Powell has only increased his concern about it. In particular, he said that if the state demonstrates the inability to increase the limit of public debt, it will increase the level of uncertainty, which in turn will adversely affect the business climate in the country.

As for the prospects of monetary policy, the Fed chairman did not mention anything new. By and large, he repeated the main points of the January meeting of the regulator. He reiterated the fact that the inflationary pressure in the country has decreased, and this fact forces us to take a patient and wait-and-see position. In general, Powell balanced his speech quite harmoniously – he saved a "plus" for every "minus" and vice versa. For example, he said that the prospects of the US economy look "strong and positive", but external risks (Brexit and China) are a threat to the growth of key indicators. The labor market shows a positive trend - but weak wage growth constrains the growth of inflationary indicators. In other words, throughout his speech, Powell contrasted positive with negative, thereby justifying the Fed's wait-and-see policy.

Contrary to the fears of some experts, the head of the Federal Reserve did not scare the market by lowering the interest rate. He voiced only one phrase that can be interpreted in such a way:"...the regulator is ready to use all the tools at its disposal to support economic expansion." However, this wording is too general and non-specific, so traders ignored this statement.

In general, the situation remains in limbo. It is obvious that the Fed will take an observant position in the coming months, but the future prospects of monetary policy look very vague. According to the American press, there is a serious split in the Fed camp. Representatives of the conditionally "hawkish" wing of the regulator believe that if the US economy continues to strengthen (albeit at a slow pace) against the background of a decrease in unemployment, then the interest rate should be gradually raised. Their opponents do not agree with this statement of the question: in their opinion, it is necessary to tighten monetary policy only if inflation surpasses the two-percent target level, and not only exceeds, but also will be fixed above this value.

Experts believe that the future of the interest rate will depend on the outcome of this confrontation. If "hawks" take the upper hand, then in September or December we can expect a further rate hike. Otherwise, the next round of monetary tightening will take place only in the first half of 2020. Judging by Powell's rhetoric, he is still "above the fray", especially against the background of the ongoing trade talks between Beijing and Washington.

Despite the temporary weakening of the US currency, the euro-dollar pair failed to leave the area of the 13th figure. Powell's balanced speech could not provide the necessary support for the EUR/USD bulls, while other fundamental factors helped the dollar to stay afloat. Thus, the indicator of consumer confidence in the United States showed strong growth, recovering from a two-month fall. The figure for January was revised upwards (from 120 to 121.7), and the index jumped to 131 points in February.

The external fundamental background also had indirect support for the dollar: the outbreak of the conflict between India and Pakistan (both states have a nuclear arsenal) strengthened anti-risk sentiment in the market, so the impulsive growth of the EUR/USD stopped. However, today, bulls of the pair are again storming the boundaries of the 14th figure against the background of positive rumors regarding the possible postponement of Brexit.

Thus, the euro-dollar pair still has the potential for further growth, but for this it is necessary to overcome and consolidate above the 1.1405 mark (the lower boundary of the Kumo cloud on D1). In this case, buyers will open their way to the next resistance level - 1.1440 (the upper limit of this cloud). Otherwise, the pair will roll back to the middle line of the Bollinger Bands (1.1350) and further towards the Tenkan-sen line (1.1315).