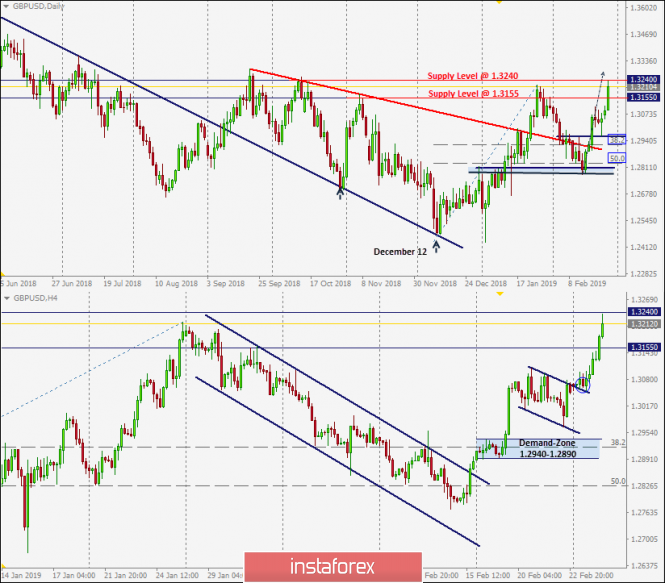 Since then, the current bullish swing has been taking place until January 28 when the GBP/USD pair was almost approaching the supply level of 1.3240 where the recent bearish pullback was initiated.

This initiated the current bullish breakout above the depicted H4 bearish channel. Quick bullish movement was demonstrated towards 1.3155 and remaining bullish targets are projected towards 1.3240 and 1.3290.

Bullish persistence above the depicted supply levels (1.3240-1.3155) is a MUST so that the current bullish movement can pursue towards higher bullish targets.

Any bearish breakdown below 1.3155 invalidates the whole bullish scenario for the short-term allowing sideway consolidations to occur.

Intraday traders was recommended to watch for the recent bullish breakout above 1.3100 for a bullish continuation position aiming for 1.3240 as initial target. S/L should be advanced to 1.3170 to secure some profits.