GBP/USD. 25th of February. Results of the day. Mark Carney reiterated that Brexit without a "deal" is extremely risky 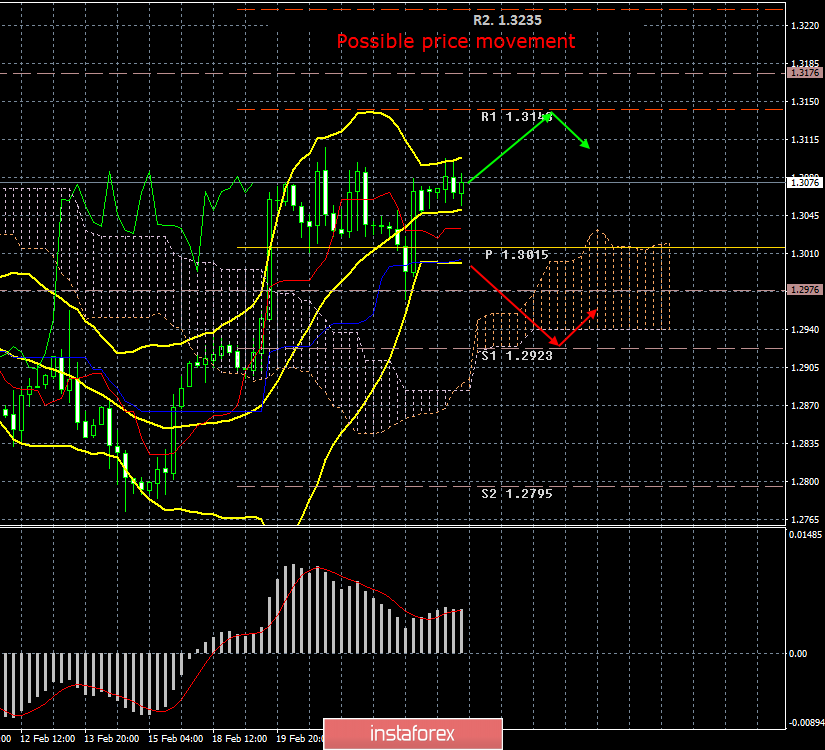 On Monday, February 25, the British pound sterling stood in one place all day, which, in principle, was expected. There were hopes that Mark Carney's speech would be able to bring activity into the actions of traders, however, they seem to be waiting for official information on Brexit, and not just another portion of platitudes and truths from the head of the Bank of England. Plus, the pair is currently near local highs, and for further growth we need good reasons (from our point of view). But the hike down does not interfere with anything, however, for some reason in recent days, traders have not decided to start selling the British pound. In general, in the past two years, selling the pound seemed the most appealing. And in recent months, especially since the Brexit procedure has been delayed due to Theresa May, who is unable to reach agreement with the EU and the Parliament, and since Parliament is not ready to force Theresa May to resign, but also because her exit plan did not gain approval. In the general opinion, the UK exit date from the EU can be postponed to a later date. Theresa May's speech will take place tomorrow, which will probably inform the whole world about what kind of agreements were reached in negotiations with Jean-Claude Juncker, given the latter's position to not enter into new negotiations with London. Traders did not react to the information about the postponement of the voting date under the May agreement. From a technical point of view, the MACD indicator can move down on the current bar, which will indicate a new round of corrective movement.

The GBP/USD currency pair could start a new phase of downward movement, which might be the beginning of a new downtrend. However, it is recommended to open shorts not earlier than when traders overcome the critical line with the first goal of 1.2923 (small lots).

Buy positions can be recommended if the pair consolidates above 1.3108. In this case, the targets for the new long positions will be the resistance levels of 1.3143 and 1.3176.