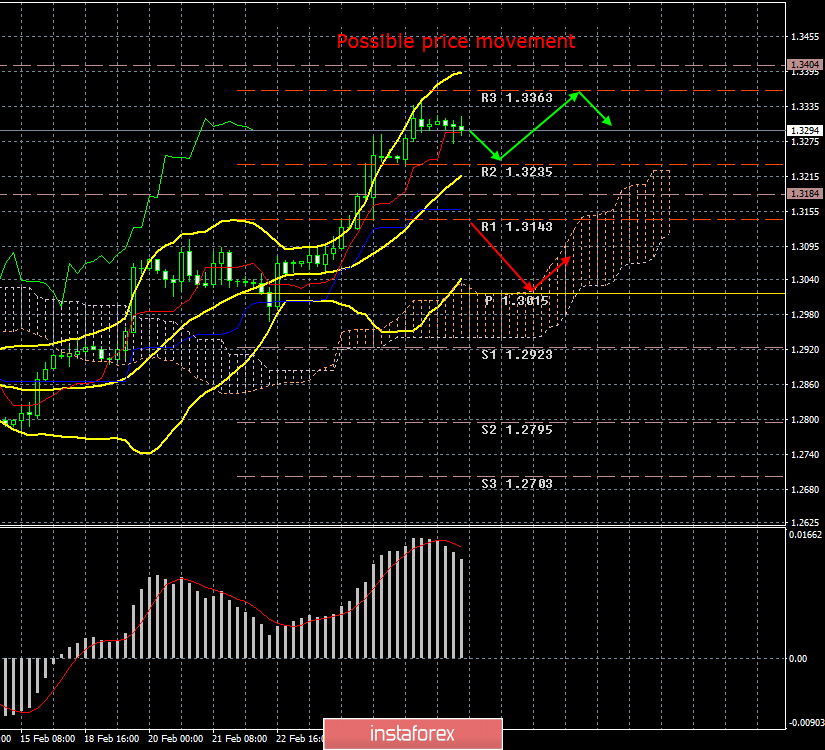 On Thursday, February 28, the British pound sterling fell slightly amid a favorable fourth-quarter GDP report in the US. In general, the pound's situation remains simply paradoxical. Two months have passed in 2019 - and what has changed in the situation for Brexit? Nothing. Parliament rejected the initiatives of Theresa May, no one wants a "hard" version of Brexit, parties cannot agree on the Northern Ireland border, the EU does not want to make new concessions, it does not want to enter into new negotiations, but is ready to postpone the date of the UK's exit. Why, are there no new negotiations? Or will there be, but nobody talks about it yet? Furthermore: Labour is increasingly developing the idea of a second referendum, which, incidentally, is not so new. This time, citizens of Great Britain can offer to vote for the plan of Theresa May, for the "hard" Brexit, or, attention!, for refusing to leave the European Union. That is, in principle, even though this option remains unlikely (the rejection of a "divorce"), it still exists. Taking into account the fact that Brexit will be postponed, and precisely for an unknown period of time, since the parties can endure it as many times as necessary, it is still difficult to say how it will all end. In recent days, the pound sterling has grown significantly against the US dollar on expectations of the Brexit postponement. That is, buyers of the pound are well aware that nothing is changing for the better, either economically or politically, but the distance of a potentially unfavorable moment is regarded as a good reason to buy the British currency. That is why we believe that the current strengthening of the pound is groundless and at any time it could be replaced by no less a strong fall.

The GBP/USD currency pair has started to adjust, so it is recommended to open new longs with a target of 1.3363 only if MACD turns up and the pair remains above the critical line.

Buy orders will become actual small lots if the pair consolidates below the critical line. This will be the first step towards changing the trend to the downward, and the first goal will be the line Senkou Span B.