GBP/USD. February 26th. Results of the day. Theresa May wants to vote for withdrawal from the EU without agreements 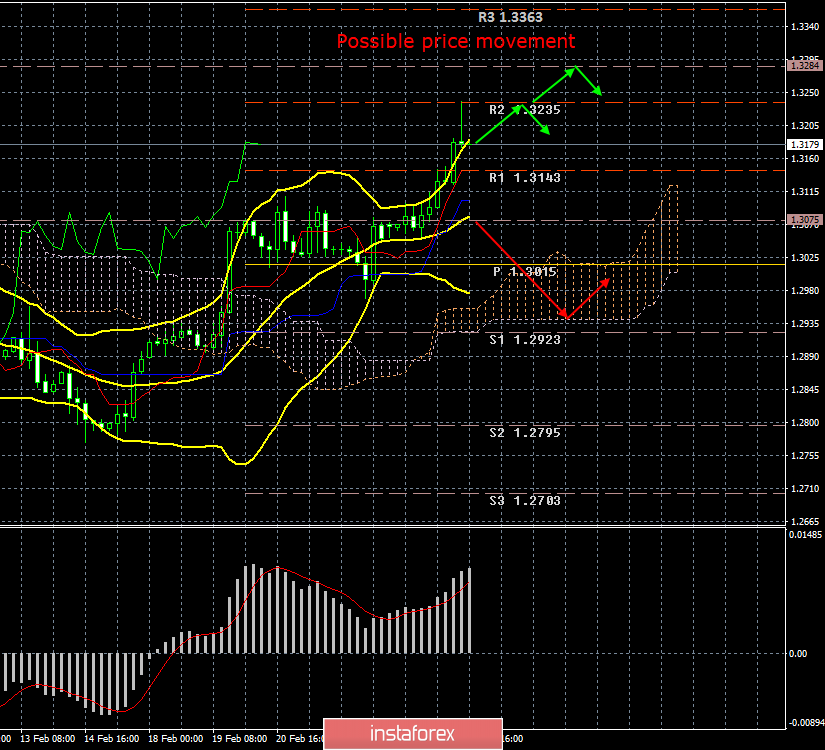 On Tuesday, February 26, the British pound sterling received a new batch of hopes that the date of Brexit will be postponed for at least two months, and with pleasure continued groundless growth from a fundamental point of view. This growth has come to the end with a "pin", which gives hope at least for a strong correction, and at most - for a downtrend. In the meantime, Theresa May will continue to persistently bend her line and invite parliamentarians to vote for Brexit without a "deal". No one raises questions about how this vote will end. To be honest, Theresa May's similar strategy is causing everyone to be bored. The prime minister clearly cannot bring anything new to her actions and continues to adhere to the tactics of threats to Parliament, that if they do not accept her Brexit plan then Brexit will end without any agreements. However, Parliament is not a faceless creature that can make decisions only at the level of "yes/no". About 100 MPs are going to get Theresa May to postpone Brexit for two months. If the prime minister does not make this demand, then several more demonstrative resignations will occur in the Parliament. Last year there were 5 of them. In general, it seems that everything boils down to the question of whether Theresa May is ready to expose the country's Brexit without a "deal"? Although, most likely, Brexit will still be postponed, and the whole saga will be delayed for another two months, and maybe more. Question: how long will the pound sterling grow, given that there is no particularly good news for it?

Short positions will become relevant small lots if the pair is consolidated below the critical line. This will be the first step on the way to changing the downward trend. The first target is the Senkou span b line.