GBP/USD. February 27. Results of the day. Emmanuel Macron: The EU will not revise the terms of the deal with the UK 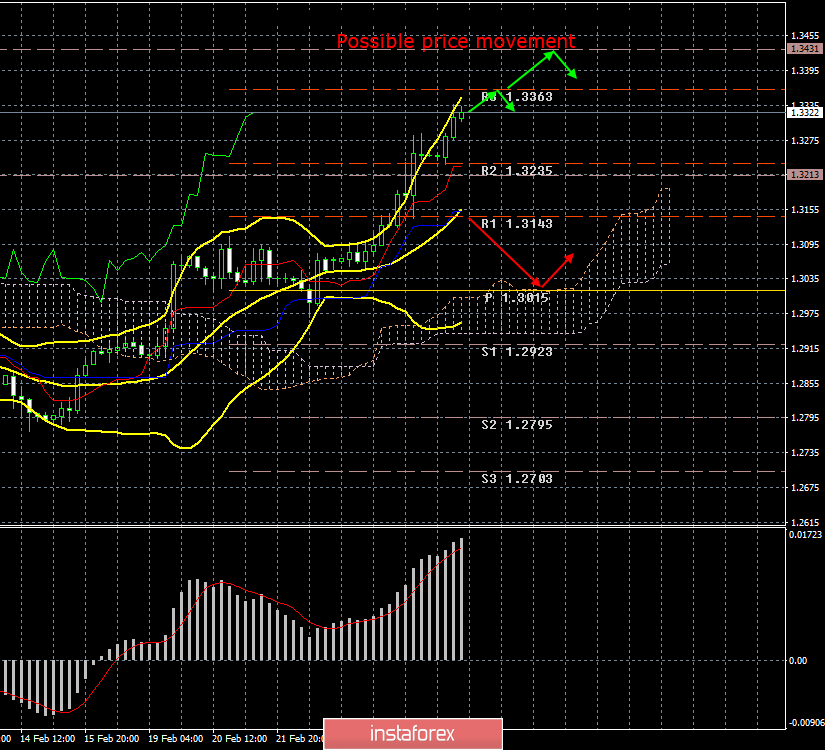 On Wednesday, February 27, the British pound sterling continues to grow, as if the UK has already signed an agreement with the EU on Brexit. In practice, there are still rumors that Brexit will be postponed for at least two months. The European Union does not seem to be against such an option, but today French President Emmanuel Macron said that the EU would not reconsider the agreements reached earlier with London, and also said that the EU is ready to support the decision of the British to postpone Brexit, but only if it has specific and precise goals. Therefore, everything is in the hands of Theresa May and the Parliament. The position of the majority of members of Parliament is clear, so the divorce will likely be postponed. But what's next? It is clear to everyone that in this situation either the Parliament or the EU should yield. Without concessions from anyone's side there will be no agreement and there will be no Brexit. However, all this is not even too important now, as the pound continues to surprise everyone by confidently moving up. Perhaps this is the case for the pound against the US dollar, but the US currency is not falling versus the euro. Thus, we continue to assert that the current strengthening of the British pound is very doubtful in terms of the grounds for such growth. Especially considering the fact that there were no optimistic statements. For example, from Mark Carney, on the contrary. No strong macroeconomic reports have been published recently. From a technical point of view, it is recommended to continue trading "according to the trend." Since there are no prerequisites for the formation of a downward trend, therefore, purchases remain relevant.

The GBP/USD currency pair continues its upward movement despite yesterday's "pin" and the lack of fundamental grounds for such growth. Thus, long positions remain relevant with objectives of 1,3363 and 1,3431, and a reversal downwards from the MACD will indicate a round of correction.

Short positions will become relevant in small lots if the pair is consolidated below the critical line. This will be the first step on the way to a downward trend change, and the first goal will be the Senkou span B line.