Throughout last year, the main direction of the pair's movement was a shift to the "south" of the schedule. The structure of this wave is not complete. The price rise of the current year will take the place of correction in it.

In the bullish construction of January 3, the first 2 parts (A + B) were fully formed. From February 7, the basis for the beginning of the final part (C) is created. 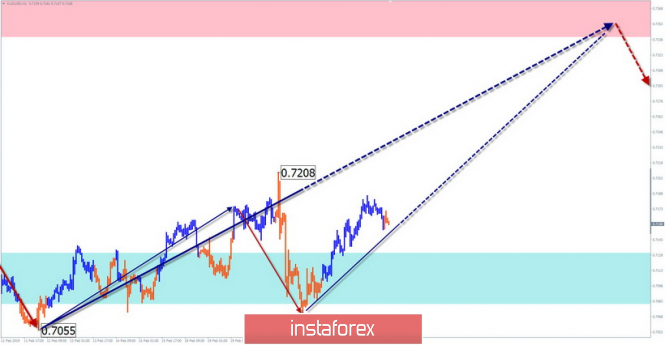 In the coming weeks, the final price increase of the Aussie is expected, which will complete the corrective rise. If the favorable factors coincide, the scope of price growth may exceed the minimum calculated level. Purchasing is quite risky, can be recommended only to supporters of intraday trading.