Two main motives on Wednesday: Voting in the British Parliament under an agreement with the EU - and the report of the Federal Reserve Chairman in Congress at 14.00 London time

A new vote on an agreement with the EU is expected in the British Parliament. As expected, the agreement presented by Prime Minister May will not gain the necessary majority - and she promised in this case to put the question to the vote - to postpone the date of Brexit. This information on Tuesday caused great optimism in the British pound - see the chart below - the pound rose sharply above 1.3225, giving a signal for a trend upward.

The second point is important - the speech of Fed Chairman Powell with a semi-annual report. If, as expected, the head of the Fed will make it clear that the rate will not be raised - the pound and the euro may start a trend against the dollar.

We buy the pound and the euro with the expectation of a trend upward. 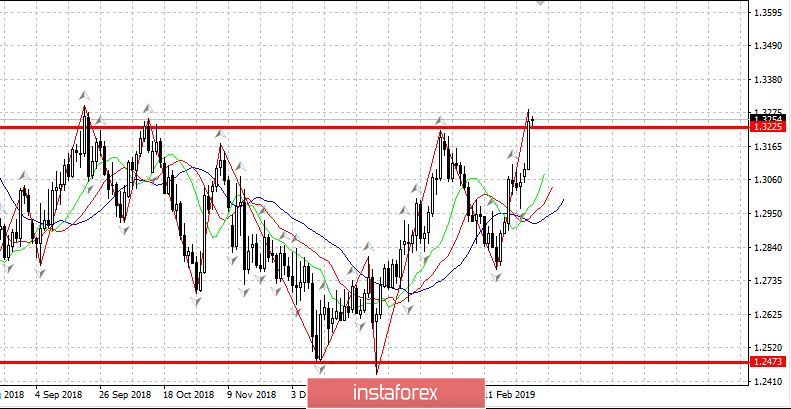