Following yesterday's results, the dollar remained almost unchanged, and its losses were purely symbolic. This is largely due to the absolutely empty macroeconomic calendar since the only indicator that could be paid attention to is the inventories in the wholesale stores in the United States, which grew by as much as 1.1%. Stocks have been growing for more than a year and quite seriously indicate the risk of a crisis of overproduction. Of course, Mark Carney was still speaking yesterday, but he did not say anything new, but only once again repeated his words about the risks and uncertainties caused by Brexit. Considering the fact that today everyone is waiting for Theresa May's speech, during which she can announce the postponement of Brexit until 2021, no one paid attention to the words of the head of the Bank of England. Indeed, the main driving force now is Brexit, or rather, the probability of postponing the UK's exit date from the European Union. The likelihood of such a development is extremely high, as the parties have not yet reached agreement on the most important issues. Thus, the postponement of Brexit gives hope that the parties will be able to agree. At least market participants want to believe this. Indeed, since 2016, the parties have not been able to agree on trade issues, since Europe itself does not need it. For two years, the European Commission torpedoed this issue. The European bureaucracy is able to do this for an arbitrarily long time. Just a couple of years will not change anything. However, the speculative growth caused by optimism, which will follow if Theresa May decides to postpone, will affect not only the pound but also the single European currency. If the Brexit transfer is not announced, it is most likely that the dollar will be able to get a stimulus for growth. However, the growth of the dollar will be limited by statistical data on construction, as the number of new buildings can be reduced by 0.5%, and the issued building permits by 2.8%. It should also be borne in mind that instead of announcing a postponement of Brexit, there may be another loud statement about reaching agreements and the like. Such stories are very popular with bidders, and they are actively buying a pound. 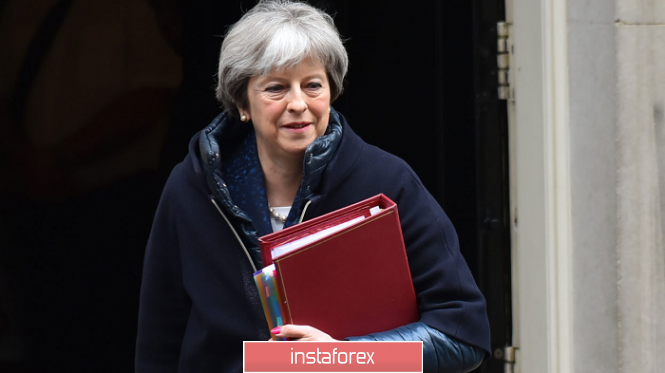 The euro/dollar currency pair continues to boil up inside the 1.1325 / 1.1370 cluster, being currently at the upper boundary. It is likely to assume the preservation of this amplitude, where, in the case of fixation, is higher than 1.1375, we will easily drop to 1.1400. 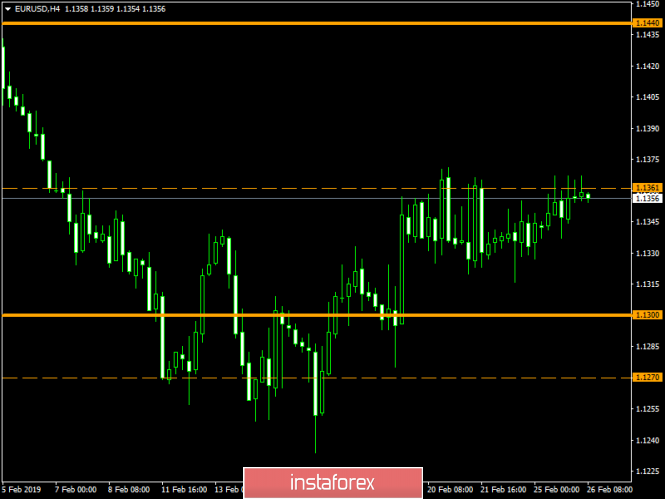 The currency pair pound/dollar still managed to overcome the previously formed accumulation of 1.3020 / 1.3000, fixing above the upper limit. Probably suppose the preservation of a temporary, bullish attitude, but if the upcoming performance of Theresa May fails, we will quickly fall into the framework of the recent clump of 1.3020 / 1.3100. 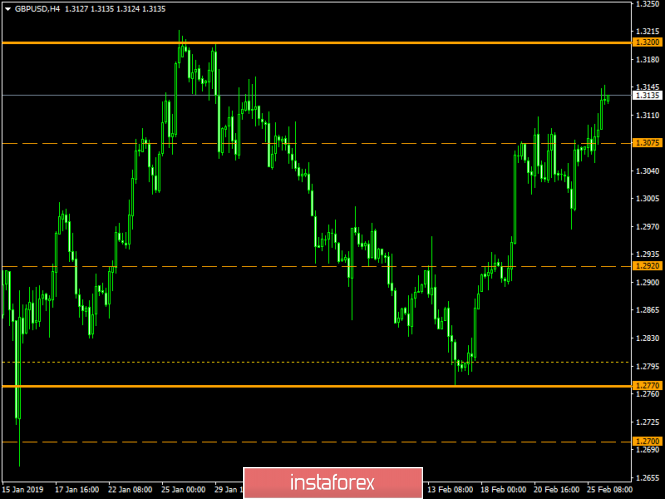