The Euro / Dollar currency pair for the last trading day showed low volatility of 57 points. However, this is true enough to pay the previously set forecast. From the point of view of technical analysis, we have the long-awaited breakdown of the accumulation of 1.1320 / 1.1370, which kept us almost a week. The expected impulse, after the breakdown of the border 1.1370, was fixed on the market, and traders managed to ride it, reaching the predicted value of 1.1400. Of course, the breakdown of the cluster was contributed to the information and news background. Yesterday, everyone was waiting for the speech of British Prime Minister Theresa May, where she informed the deputies of the House of Commons about the results of recent talks with the European Union. But what is more interesting is that speculators were waiting for one thing - the news about a possible delay, as a result: "If the House of Commons refuse to approve an agreement with the EU, then they will also refuse to approve withdrawal from the European Union without a deal on March 29; therefore, on March 14, the government will ask deputies to vote for the postponement of Brexit under the 50th article of the Lisbon Treaty. And if the chamber votes for a postponement, it will be necessary to bring the corresponding legislative base under this, "said Teresa May. 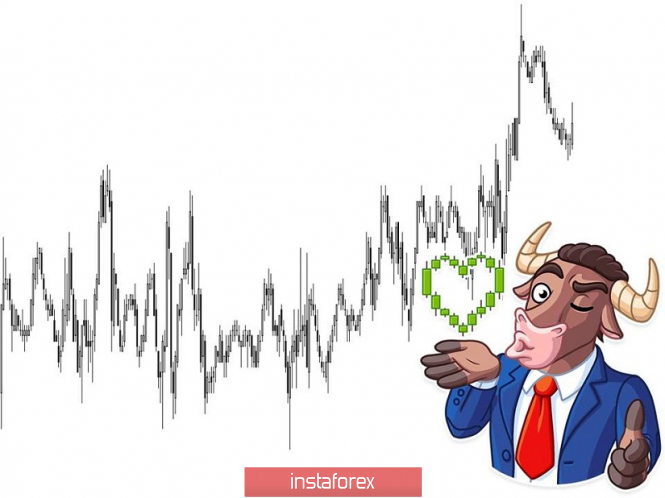 As expected, the news triggered volatility. The pound flew more than 150 points, followed by its euro / dollar counterpart. Of course, we understand that the Europe will listen to such statements, as shown on the trading schedule. However, the EU still needs solid steps, and not words. In accordance, the volatility of yesterday was moderate.

Analyzing the current trading chart, we see that a stagnation-rollback appeared after the impulse move, which is quite normal for the market. The quotation reached the predicted level of 1.1400, coupled with Fibo 50, but we have to wait whether the growth will continue - to say that pack early. Rollback seems more realistic. Let's probably assume that the bumpy 1.1370 / 1.1400, where traders are sitting on the fence ***, already monitors new boundaries.

- We consider selling positions in case of price fixing lower than 1.1370 with the prospect of a move towards 1.1320.

Analyzing the different timeframe (TF) sector , we see that in the short, there is an upward interest against the background of the recent jump in the intraday and medium term. In case of stagnation or rollback, it should be understood that there might be a quick change on the smaller TF.

(February 27, was based on the time of publication of the article)

The current time volatility is 22 points. In case of stagnation or rollback, the volatility will be concentrated within the daily average of 50 - 68 points.

*** We sit on the fence - slang expression, we are out of the market