Trump once again kept the markets from collapsing

At the opening of the week, Asian markets were trading in the green zone after Trump tweeted "significant progress" on important structural issues in the US-China trade negotiations. New tariff rates will not be introduced on March 1, markets received the news with enthusiasm.

The minutes of the January meeting of FOMC, published last week, confirmed the Federal Reserve's intention to complete a program to reduce the balance sheet in the current year. The likelihood of a rapid recession has increased, and forecasts for GDP growth are being revised downward.

While the markets do not know where the Fed sees a new normal balance sheet. It is clear that it is not possible to return to the pre-crisis level, and the effect of the balance reduction has had a depressing effect on the markets due to a decrease in liquidity, which led to a sharp increase in short-term dollar financing. The continuation of the policy of reducing the balance sheet will lead to a tightening of the debt market and will bring the onset of a recession.

The IFO business indicators continued to decline in February, questioning the ability of the German economy to resume growth in the near future. After similar studies from Markit and ZEW showed signs of stabilization after a protracted fall, there was hope that Germany and the eurozone as a whole would begin to emerge after the 2018 failure, but the Ifo brought players back to the ground once again. The IFO business climate index fell to 98.5 p, the worst value since December 2014, pessimism increased by 6 months, and the current state of companies is less favorable.

In general, Ifo is a broader study than PMI, therefore its conclusions are more significant. For example, the expectations index in the services sector fell to its lows since 2009, which indicates that forecasts may turn out to be too pessimistic in the near future.

On Wednesday, the European Commission will present its version of the research, in the absence of macroeconomic publications, the euro will most likely trade in a wide range near current levels.

On Friday, the preliminary estimate of inflation at 1.4% was confirmed, despite a significant change in Germany's indices, in the assessment of which a new model of calculation, taking into account the seasonality of holiday prices, was applied. Confirmation of the assessment is a good signal for the euro, despite the fact that core inflation is frozen at the level of 1.1%, which, of course, is too little to be sure.

The euro remains within the upward channel that was formed after February 15, today an attempt to update the high from February 20 and go above the resistance zone of 1.135/70 is likely.

The focus in the UK is still on Brexit and any news related to it. A second so-called "meaningful" vote in Parliament is expected to be held on Tuesday, if by this time, Theresa May will be able to achieve some new conditions for the deal with the EU. May scheduled a number of meetings with EU leaders on Monday, tried to achieve some concessions at the summit on February 24-25 in Egypt, but the EU found a technical opportunity to avoid discussing the terms of the deal, citing the fact that not all EU leaders are present at the summit.

If May fails to prepare for the vote, or the House of Commons rejects the proposed text of the agreement, another vote will be held on Wednesday, February 27, for an attempt to extend Article 50 in order to prevent a "no agreement." In any case, the intrigue is concluded to the limit, any news can have an impact on the pound.

There are almost no macroeconomic publications this week, PMI in the manufacturing sector will be published on Friday, and the index is expected to decline further. 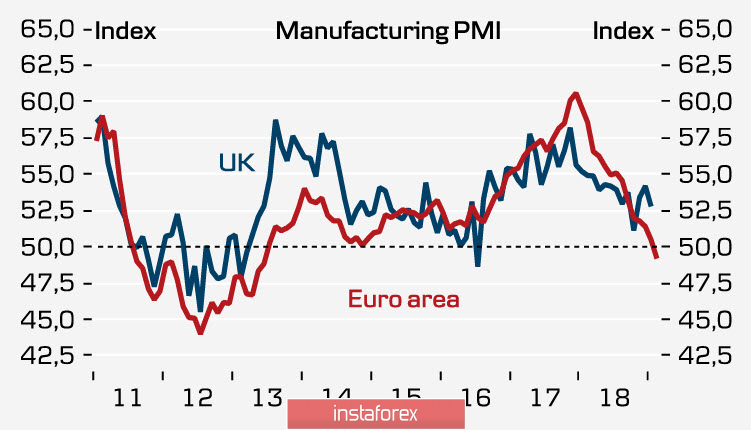