The USD/CAD pair is between a rock and a hard place: on the one hand, the pair is under pressure from weak macroeconomic reports from Canada, on the other hand, the turbulent geopolitical situation provides indirect support to the US currency. In the end, the pair shows an impulsive movement in response to conflicting fundamental factors. And yet, in the medium term, the priority is still down: today's data on the growth of Canadian inflation only strengthened the overall position of the USD/CAD bears. 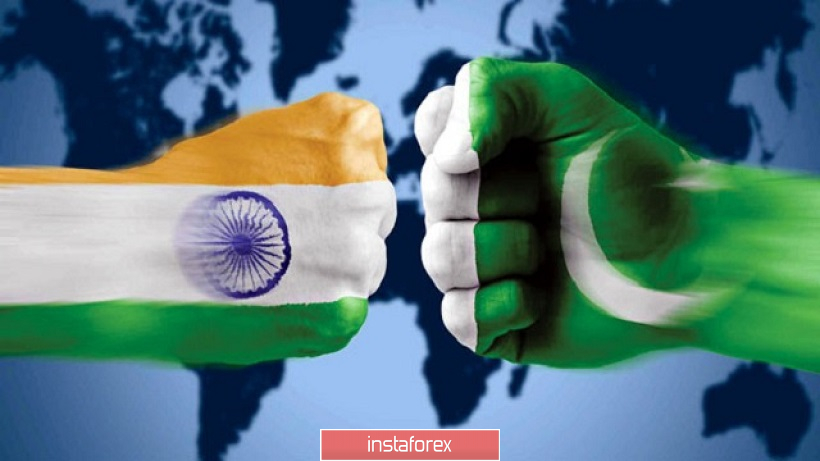 The data really disappointed: the January consumer price index rose only to 0.1% on a monthly basis (with a weak growth forecast to 0.2%) and dropped to 1.4% in annual terms (this is the weakest growth rate since October 2017) . Core inflation also showed a negative trend, falling from 1.7% to 1.5% (y/y). Most significantly in January, electricity prices fell by 6.9% compared to the previous year. According to analysts, this is due to the fall in gasoline prices, which sharply dropped by almost 15%.

Such weak numbers are consistent with the rest of the recent macroeconomic reports. For example, the core retail sales index in January again remained in the negative area (for the third month in a row), while the increase in the full-time employment rate slowed down significantly, as part-time employment was gaining momentum. This is reflected in the dynamics of wage growth in the country, as full-time positions suggest higher salaries. In other words, despite the good figures on the labor market in Canada, structural indicators are alarming, especially in the context of low inflation. In addition, in recent months, key indicators of the industrial sector have been declining, complementing the already unattractive fundamental picture.

The reaction of the Canadian central bank was not long in coming: last week, the head of the regulator reported that now there is no need to resume the cycle of tightening monetary policy. In his opinion, the degree of uncertainty has currently increased in many ways, therefore, it is necessary to act with "special caution". It is worth recalling here that in December last year the market was set to further tighten the monetary policy of the Bank of Canada. The majority of the central bank's members were quite tough and expressed willingness to increase the interest rate at least to the lower limit of the neutral level (that is, to 2.5% from the current 1.7%).

Most experts were confident that in 2019 there will be two or even three rounds of rate increases, and the first one will be in March. Now, the probability of the March increase is close to zero. Moreover, there are more and more rumors on the market that members of the Canadian regulator will follow their American counterparts and will wait until the end of the year. At least the rhetoric of members of the Central Bank of Canada softened noticeably, and the incoming data only confirms the validity of the long-term pause. 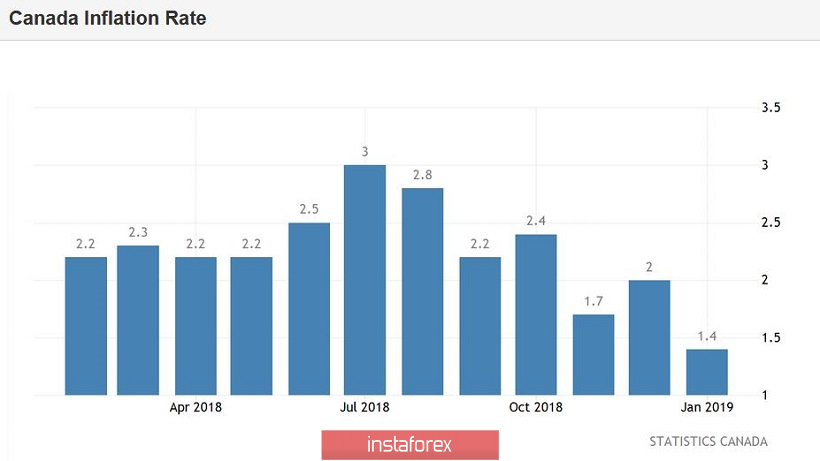 Despite such a gloomy fundamental background, the USD/CAD pair is in no hurry to show a pronounced downward trend. Geopolitics is the main reason for this. The conflict between the two nuclear powers - India and Pakistan - has again escalated following the terrorist attack on February 14, which killed 45 people. Indian authorities have accused a separatist group based in Pakistan - a controlled part of Kashmir. The Indian Air Force launched an airstrike on the camp of this group, but the Pakistanis responded to the invasion of their territory: according to preliminary data, they shot down two Indian fighters, and the pilot of one of them was captured. In addition, the Pakistani aircraft bombed positions near the Indian Army. Despite calls for diplomatic negotiations, the situation is still on the brink of a full-scale conflict.

According to one of the American news agencies, India and Pakistan have already put their nuclear forces on alert. According to journalists, a similar situation was last seen 17 years ago, when the parties were also on the verge of war (after the terrorist attack in the Indian parliament). Then the nuclear conflict was prevented thanks to the mediation of the United States and the Russian Federation. According to many political scientists, in the current conditions, it will be much more difficult to "extinguish the fire", given the current relations of the superpowers.

A new focus of geopolitical tensions is reflected in the foreign exchange market. The dollar is again trying to enjoy the status of being a "safe-haven", although these attempts are largely offset by the "dovish" rhetoric of Jerome Powell, who continues to communicate with congressmen today.

Summarizing all of the above, we can conclude that the Canadian dollar does not have its own arguments for growth. The wavy growth of the USD/CAD pair is only due to the dynamics of the dollar index. If international mediators can resolve the conflict between the nuclear powers, then the greenback will lose its appeal again, especially against the background of the latest comments by the Fed chairman. In this case, the USD/CAD pair will resume the downward movement to the first support level of 1.3070 (the bottom line of the Bollinger Bands indicator on the daily chart).