USD/CAD. The depressive loonie is waiting for inflation data

On Friday, the Canadian dollar paired with the US currency sharply fell by more than 100 points, responding to data on retail sales. Although the indicators showed a positive trend, they did not reach the predicted values, as it remained in the negative area. This fact has turned into a kind of "last straw" for USD/CAD traders, especially on the eve of the Bank of Canada meeting, which will be held in early March. Experts for the most part came to the conclusion that the regulator will not rush to raise the rate, despite the relevant market expectations. This fact has put a lot of pressure on the loonie - and even the weakening of the US dollar at the beginning of this week does not change the situation: the USD/CAD pair is gradually sliding towards the 30th figure. 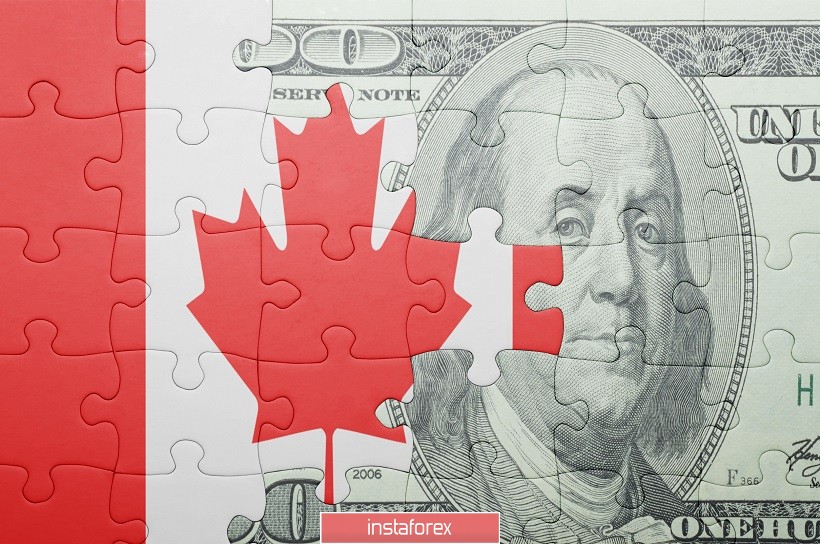 In my opinion, the fears of the marke are justified. The weak growth of retail sales in Canada once again reminded traders of other equally important problems. These include slowing wage growth, easing price pressures, and cooling in the Canadian real estate market. Thus, the average cost of housing decreased by 5.5% over the past year, in particular, due to lower demand and stricter and more complex rules for obtaining mortgage.

In general, the Canadian economy has shown signs of slowing in recent months. Traders were disappointed by the dynamics of the industrial sector and the above-mentioned retail sales. These facts affected both the index of business sentiment in the country as well as consumer activity. The situation on the labour market is also not quite clear. The structure of the published indicators shows that the rate of growth of full-time employment has slowed significantly recently, while part-time employment is gaining momentum. This is a rather negative trend, as regular positions imply higher salaries and social security. This state of affairs explains the weakening of wage growth amid falling unemployment. Basic inflation is also suffering: for two consecutive months (in December and January), this figure is in the negative area, "frozen" at the level of -0.2%.

In other words, the Canadian central bank has every reason to pause the rate hike process. Just last week, the head of the central bank Stephen Poloz said that he was in no hurry to resume the cycle of tightening monetary policy. In his opinion, the degree of uncertainty has now increased in many ways, so it is necessary to act with extreme caution. Although Poloz agreed that the rate should rise at least to the lower limit of the neutral range (2.5% -3.5%), he did not evaluate the timing of this process. Nevertheless, one can say with certainty: in March, the Bank of Canada will retain the parameters of monetary policy and, possibly, hint at a longer pause.

Such prospects may determine the downward trend of USD/CAD, although at the moment it is too early to talk about it. At the moment, bearish sentiment prevails on the pair, but sellers are forced to reckon with the weakness of the US currency. Therefore, today the price is actually stuck in the flat: the position of the Bank of Canada does not allow the pair to increase, and the possible resolution of the US-China trade conflict does not make it possible for the price to sharply drop to the bottom of the 30th figure. The news that there has been significant progress in relations between Washington and Beijing has provoked a thirst for risk in the markets, while the position of the US dollar has noticeably weakened. In recent months, the dollar enjoyed the safe-haven status during the growth of geopolitical tensions. Now in the conditions of a "thaw", the demand for the greenback has fallen, which is confirmed by the dynamics of the dollar index.

Thus, the priority for the USD/CAD pair remains down, although the dynamics of the decline will depend on the incoming data. On Wednesday, February 27, inflation data will be published in Canada. According to preliminary forecasts, the consumer price index in annual terms will drop significantly - to 1.4%. Baseline inflation in monthly terms should remain below zero. If this forecast is confirmed, the USD/CAD's fall will become impulsive.

Such a fundamental background is consistent with the technical picture of the pair. On the daily chart, the Ichimoku Kinko Hyo indicator has formed a bearish "Parade of Lines" signal, and the price itself is trading between the middle and lower lines of the Bollinger Bands indicator, and is also under pressure from the Kumo cloud. The combination of such signals indicates the priority of the downward scenario, where the price target is the mark of 1.3065- this is the bottom line of the Bollinger Bands indicator on D1.