Will the dollar continue to fall?

The speech of Fed Chairman J. Powell in the Senate confirmed the January decision of the American regulator to stop the process of raising interest rates and reducing the bank's balance sheet. Also, it was revealed that the bank's management team was divided into some who believe that the cycle of raising interest rates and reducing the balance should end and for others who are of the opinion that it is possible to raise rates even further, if the growth of the economy, although in slow motion, continues, the labor market will feel strong and inflation will be kept in the area of 2.0%.

As we have previously pointed out, a sharp drop in the US stock market at the end of last year provoked the Fed to "soft" in dealing with the prospects for further progress towards normalization of monetary policy. Once again, it is precisely the fear that the local financial market will lose attractiveness primarily to foreign investors, in our opinion, and has caused the change in the rhetoric of the regulator and his manager personally. It seems that the Central Bank has become agitated, but at the very top of the political pyramid, that the further process of raising borrowing costs and reducing liquidity in the financial system will put strong pressure on the demand for US securities and will contribute to the growth of the US dollar. All this deterioration will occur against the background of the still unresolved US-Chinese trade conflict.

What about the dollar? How can it behave in these conditions and what are its global perspectives?

In our opinion, one should not expect its strongest fall, which is possible only in case of a positive resolution of the Brexit problem in relation to the pair GBPUSD and EURUSD. It is not so simple. The slowdown of the global economy, the risks of preserving the trade conflict between the United States and the People's Republic of China, will force the other largest central banks to avoid the desire to raise interest rates. We, of course, mean economically developed countries. On this wave, the currencies opposing the dollar will have no reason to grow. Most likely, on this background, the overall lateral dynamics that has already taken shape in the foreign exchange market in the past few months will remain.

As for the prospects of sterling, the real risk of leaving Britain out of the EU without a deal will collapse it, but for now, amid expectations of a likely new referendum, it can pull up against major currencies, including the dollar. We believe that this phenomenon in the current situation will be temporary.

The EURUSD pair is trading above 1.1370 on the wave of a global weakness of the US dollar. Fixing the pair above this mark will help its growth to 1.1430.

The GBPUSD is trading above 1.3200 on the back of the postponement of the Brexit decision in the British Parliament and the weakness of the dollar. The pair may be adjusted downward to the level of 1.3200, but if it stays above it, there is a possibility of continuing its increase to 1.3300. 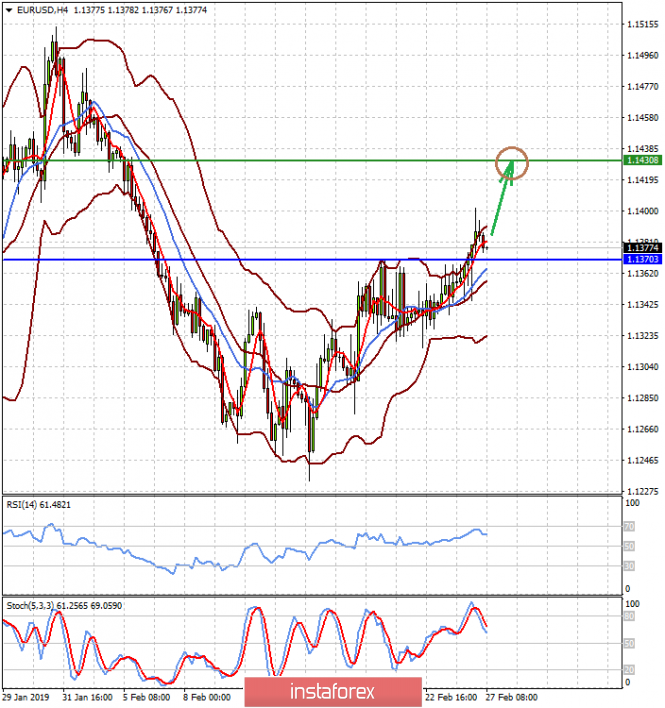 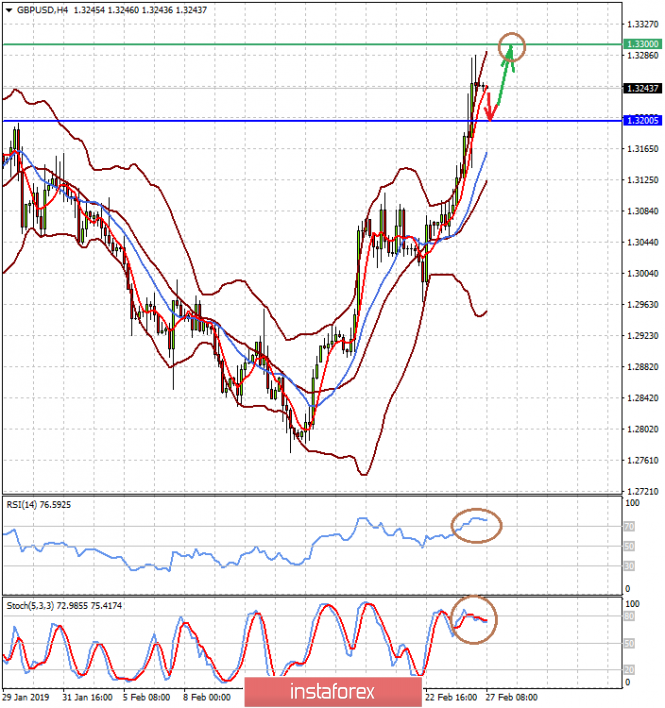