Analysis of the divergence of EUR / USD for March 12. A bearish divergence prepares the euro for a new fall 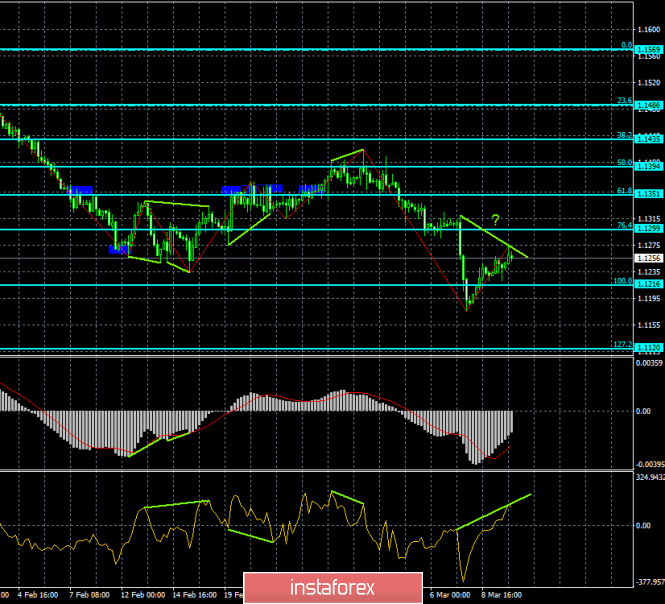 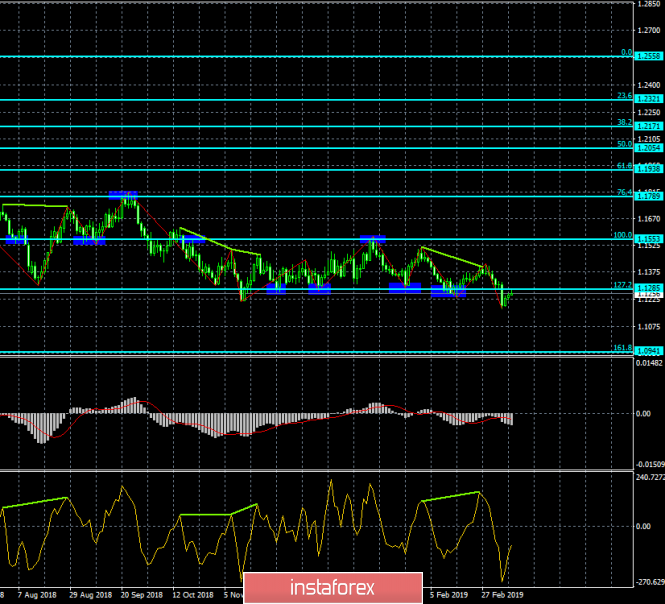 Purchases of the EUR / USD pair can be carried out now with the target of 1.1299, as the pair completed closing above the level of 1.1216, and a Stop Loss order with a correction level of 100.0%, and hold them until a bearish divergence is formed.

The material has been provided by InstaForex Company - www.instaforex.com
Analysis of the divergence of EUR / USD for March 12. A bearish divergence prepares the euro for a new fall

Macroeconomic data released yesterday, especially in the United States, somewhat alerted market participants. The fact is that the ADP data on employment, which precedes the release of the Department of Labor's report, showed an increase in employment by 129 thousand. They expected growth of 170 thousand, and employment increased by 197 thousand in the previous period. In other words, the growth rate of employment is quite significantly slowing. The final data on business activity indexes showed a decrease in the service sector index from 56.0 to 55.3, and the composite index from 55.5 to 54.6. But European statistics clearly inspires optimism as the growth rate of retail sales accelerated from 2.2% to 2.8%. Such a significant increase in retail sales allows us to ignore the composite index of business activity's decline from 51.9 to 51.6. Moreover, the business activity index in the service sector increased from 52.8 to 53.3. So it is not surprising that the single European c…