Analysis of the GBP / USD divergence for March 20. Insurmountable obstacle 1.3300 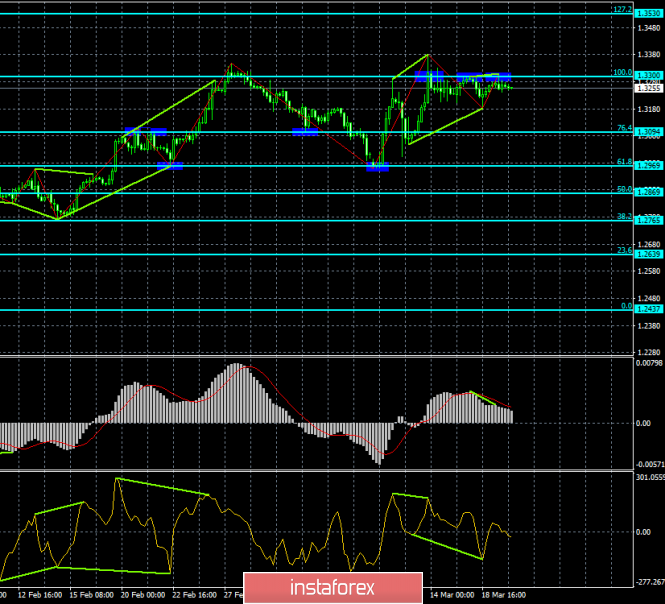 On the 4-hour chart, the pair GBP / USD made a new return to the retracement level of 100.0% (1.3300). However, the Fibo rebounded with the formation of a bearish divergence at the MACD indicator and a reversal of the pair in favor of the US dollar. Thus, on March 20, the drop in quotations may continue in the direction of the Fibo level of 76.4% (1.3094). Fixing the pair above 100.0% will increase the likelihood of continued growth in the direction of the retracement level of 127.2% (1.3530). 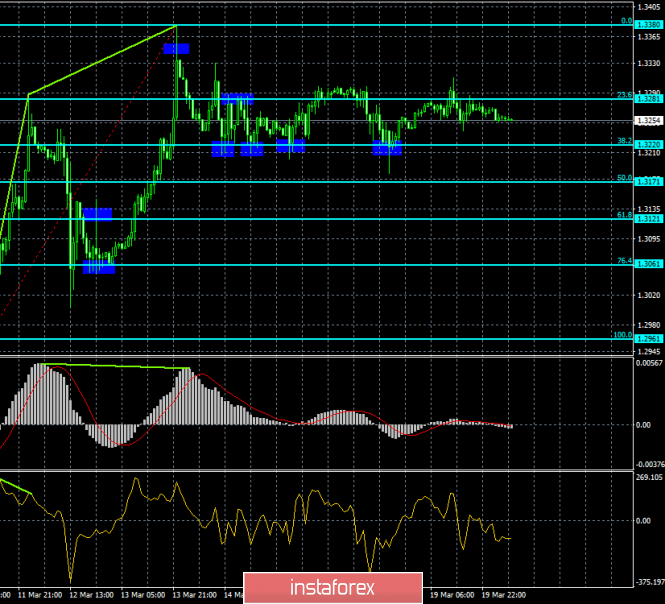 Sell deals on GBP / USD pair can be opened with the target at 1.3220 and a stop-loss order above the level of 23.6% since the pair has completed the rebound from the retracement level of 1.3281 (hourly chart).

The material has been provided by InstaForex Company - www.instaforex.com
Analysis of the GBP / USD divergence for March 20. Insurmountable obstacle 1.3300