Analysis of GBP / USD divergences for March 27. The pound continues to trade in the side channel 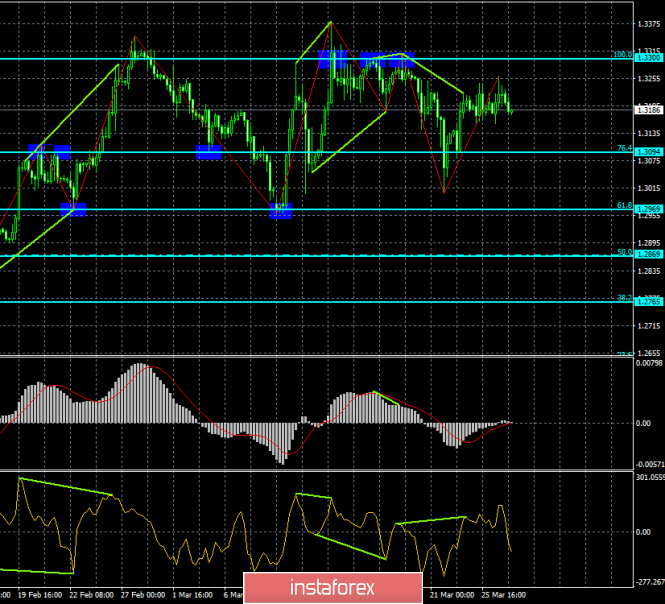 As seen on the 4-hour chart, the GBP/USD pair canceled a bearish divergence, but the movement in recent days is "ragged" and unstable. The pair remains likely to return to the retracement level of 100.0% (1.3300), but with the same probability, it can make a fall to the retracement level of 76.4% (1.3094). New emerging divergences March 27 is not observed. For a more accurate determination of the trend, we turn to the younger schedule. 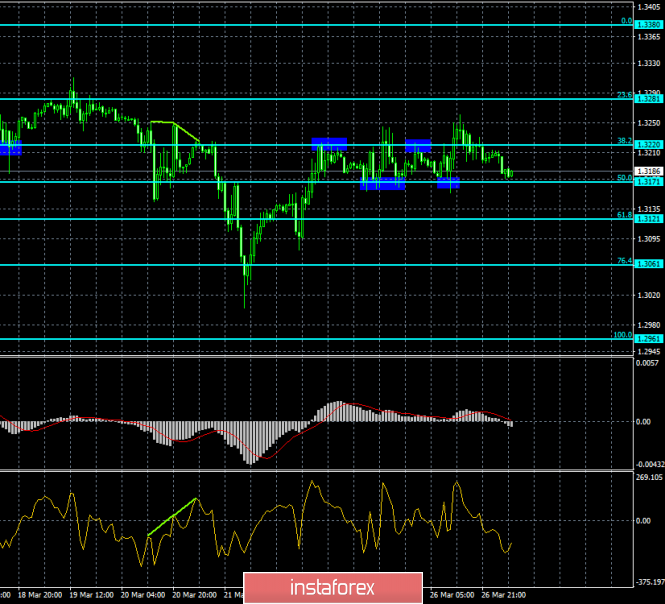 Sell deals on GBP/USD pair can be opened with the target at 1.3121 and a stop-loss order above the level of 50.0% if the pair closes below the retracement level of 1.3171 (hourly chart).

The material has been provided by InstaForex Company - www.instaforex.com
Analysis of GBP / USD divergences for March 27. The pound continues to trade in the side channel