Analysis of the GBP / USD Divergences for March 4. Is the hike pound sterling completed? 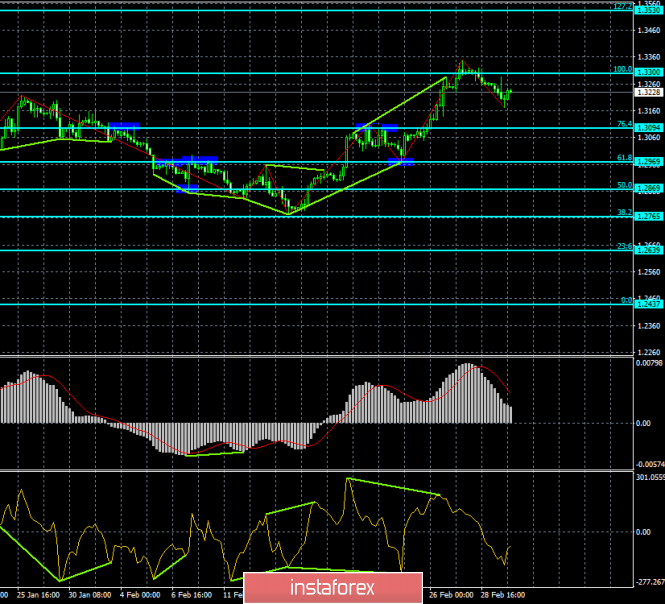 On the hourly chart, the pair reversed in favor of the British pound and consolidated above the correction level of 100.0% - 1.3217. As a result, the growth process can be continued in the direction of the Fibo level 127.2% - 1.3337 today. None of the indicators have maturing divergences on the current chart. Fixing quotes under the level of 100.0% will work in favor of the American currency and the resumption of decline in the direction of the correctional level of 76.4% - 1.3111.

The material has been provided by InstaForex Company - www.instaforex.com
Analysis of the GBP / USD Divergences for March 4. Is the hike pound sterling completed?