Analysis of GBP/USD divergence for March 28: pound sterling remains in the restricted area 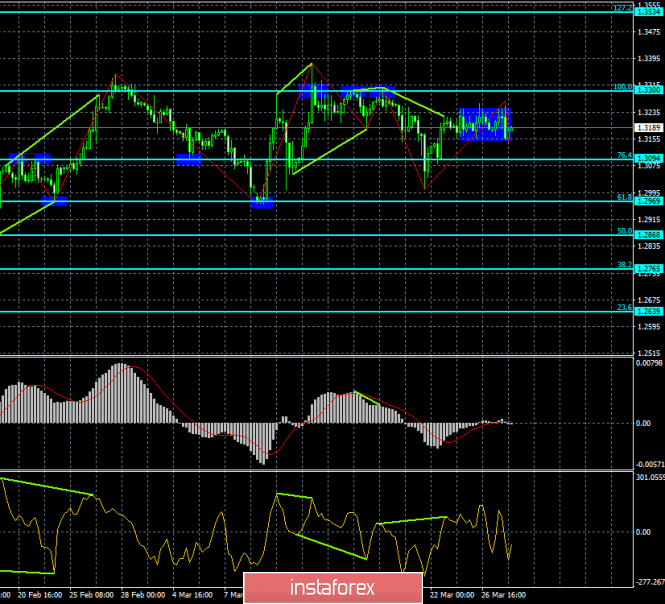 As seen on the 4-hour chart, the GBP/USD continues to trade in a narrow price range. Going beyond it will allow traders to count on the resumption of directional movement. Closing under the "blue" area will work in favor of falling in the direction of the retracement level of 76.4% (1.3094). Closing quotes over the "blue" area will allow expecting growth to the retracement level of 100.0%. The emerging divergences on March 28 are not found in any indicator or on any chart. 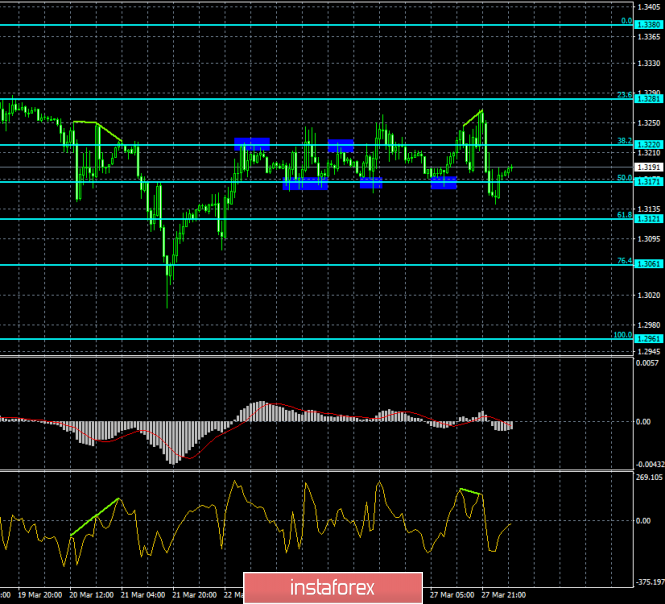 Sell deals on GBP/USD pair can be opened with the target at 1.3121 and a stop-loss order above the 50.0% level if the pair closes below the retracement level of 1.3171 (hourly chart).

The material has been provided by InstaForex Company - www.instaforex.com
Analysis of GBP/USD divergence for March 28: pound sterling remains in the restricted area