After a two-day growth, the Australian dollar shows a downward trend today, returning to the bottom of the 70th figure. The extremely mild meeting of the Reserve Bank of New Zealand excited traders of the aussie, as the RBA may soon take a similar position. The likelihood that the RBNZ decreases interest rates has acquired real features, and according to some estimates, even an estimated timeframe. And although in recent years, the New Zealand regulator is more prone to "dovish" conclusions (compared to their counterparts from Australia), AUD/USD traders have something to think about, especially on the eve of the RBA meeting, which will be held next week - April 2. 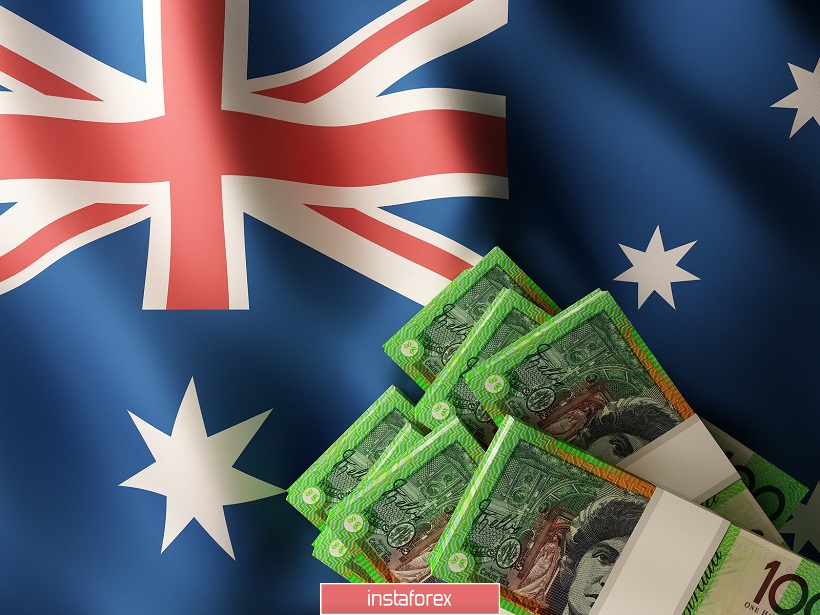 Despite the general trend among the central banks of the world to soften their rhetoric, traders of AUD/USD and NZD/USD were taken by surprise by such a straightforward statement from the New Zealand regulator. The members of the RBNZ stated that they had revised their previous estimates, since the dynamics of GDP growth did not correspond to their earlier forecasts. Also in the text of the accompanying statement, the regulator stressed that the interest rate will not be increased for "quite a long time" and will remain at 1.75% for at least two years, that is, until the end of 2020. The market braced for a wait-and-see position and reacted poorly to this fact. However, RBNZ Head Adrian Orr's speech knocked out the New Zealand currency, and in the knockdown - the aussie. He said that against the background of all possible options, the most likely direction of the rate's movement is down, due to weak global economic prospects and a significant slowdown in the dynamics of domestic spending. After these words, the "kiwi" fell by more than 150 points.

The AUD/USD pair's decrease is less impulsive, although the downward dynamics is pronounced and has little or no chance of a pullback. The fact is that rumors about a possible easing of the monetary conditions of the RBA have been going on for several months. For example, at the end of February, one of the largest Australian banks in the "big four" banks in the country, Westpac, surprised traders by allowing a double rate cut by the Australian regulator before the end of this year. Prior to that, Philip Lowe voiced such a scenario, however, he allowed only one reduction, and even then, at the very least. But the situation seems to be unfolding in the worst case scenario - especially for the Australian economy, which is too dependent on Chinese indicators, which, in turn, continue to show negative dynamics.

Against the background of complex and problematic trade negotiations between the United States and the People's Republic of China, today, Chinese industrial companies reported on the largest-scale decline in profits (for the first two months of the year) in the last 8 years. The main reason is a decrease in demand both in the domestic market and in the external one. Profit levels logically fell amid falling prices in the most important sectors of the industry: we are talking about the steel sector, oil refining, automotive and chemical. Such a sharp and, most importantly, a comprehensive decline in profits suggests that the dynamics of growth of Chinese GDP may be lower and thus, weak forecasts. Last year, China's economy expanded at its slowest rate in almost 30 years - and the People's Bank of China does not expect an improvement this year (the target for the current year was reduced to 6.5%). 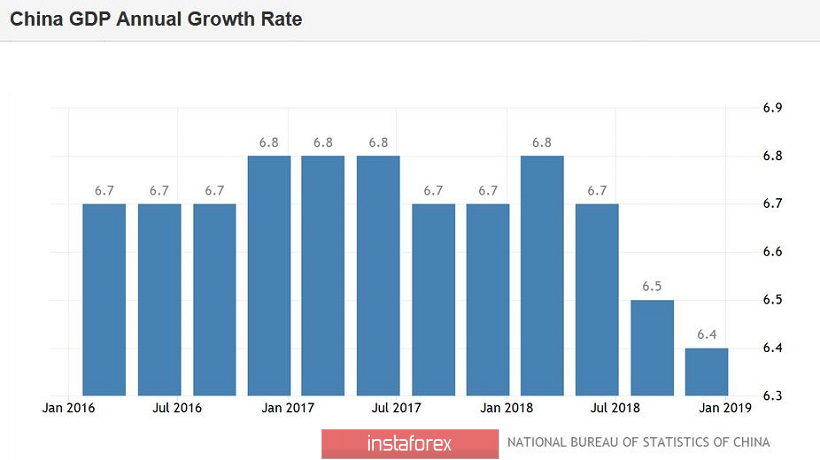 Naturally, the Chinese economy's recession will also affect the Australian economy. Recent data showed a disappointing result. Traders were alerted not only by the fact of a slowdown in the country's GDP (in the fourth quarter of last year), but also by the fact of a persistent downward trend of a key indicator. So, if Australia's GDP was at the level of 1.1% in the first quarter of 2018 (quarterly), in the second quarter it fell to 0.9%, in the third - to 0.3%, and finally, in the fourth - up to 0.2%. Similar dynamics is observed in the annual expression of the indicator: I quarter - 3.2%, II - 3.1%, III - 2.7% and IV - 2.3%. The latest release was not only worse than forecast, but it also set a certain anti-record: in quarterly terms, the indicator showed the weakest growth since the third quarter of 2016.

This probability will exert background pressure on the AUD/USD pair, however, it is unlikely for the bears to gain a foothold under the key mark of 0.70 (therefore, when approaching this target, long positions will look risky). But if Philip Lowe also allowed a rate cut, the aussie would not just pierce, but actually settle in the area of 0.68-0.69.

The material has been provided by InstaForex Company - www.instaforex.com
AUD/USD: the aussie can repeat the kiwi's fate