AUD/USD. In the grip of contradictions: the aussie cannot choose the vector of its movement

The March meeting of the Reserve Bank of Australia was quiet and almost imperceptible. The regulator retained the parameters of monetary policy in its previous form and did not frighten the market with arguments about the interest rate reduction in the foreseeable future. The Australian dollar, in turn, reacted accordingly: paired with the US currency, the "aussie" remained within the 70th figure, and Tuesday's price fluctuations were associated more with Chinese data than with the results of the RBA meeting. 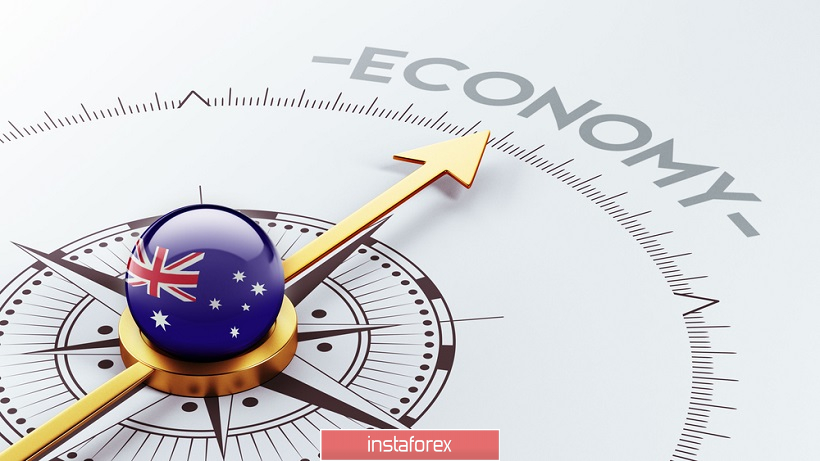 In order to assess the prospects of AUD/USD, first of all it is necessary to remember the reasons for the pair's decline last month. The downward impulse was due to the rhetoric of the head of the RBA Philip Lowe, who, to the surprise of many traders, allowed the probability of lowering the interest rate this year. It is worth noting that in fact his phrase was more shrouded – firstly, he reported the transition to a "neutral position" in monetary policy, and secondly, he noted that the rate can be both increased and reduced. But the market interpreted this commentary in its own way, especially since earlier in the text of the accompanying statement there was only a phrase that "in the future" the parameters of monetary policy will be tightened. In other words, the regulator has transparently hinted that in the near future it will take a wait-and-see position, and then act on the situation, and the option of reducing the rate is likely to be the opposite scenario. In response to such prospects, the AUD/USD pair fell by almost 200 points, but the price did not fall below the 70th figure, stuck in a narrow-range flat.

Given Philip Lowe's rather dovish rhetoric, many experts warned that the regulator could significantly soften its tone at the March meeting. However, these forecasts did not come true: the Reserve Bank voiced a cautious, but not pessimistic position, even noting positive developments in the Australian economy - in particular, regarding the labor market.

Let me remind you that according to the latest published data, the unemployment rate in Australia remained at five percent, but the increase in the number of employed jumped to 39.1 thousand - the last time such a dynamics was observed was back in August 2018. Moreover, employment growth in January was not due to part-time employment — on the contrary, the employment rate for full-time jobs, which imply higher wages, surpassed a one-and-a-half high, while part-time employment showed a negative trend. This factor has a positive effect on the dynamics of wage growth and, indirectly, on the dynamics of inflation growth.

However, despite the neutral and optimistic results of the March meeting of the RBA, the aussie did not regain its position or even leave the region of the 70th figure. The reason for this is China. Today, another disappointing data from China was published, which again reminded the market of the slowdown of the world's largest economy. Thus, the index of business activity in the services sector from Markit (Markit Services PMI) sharply declined in February, reaching 51.1 points. Over the previous three months, this indicator came out within the framework of 53 points, therefore, such a sharp and, most importantly, unexpected (forecast was at the level of 53.5 points) downward jump had an impact on the dynamics of today's trading. The Australian dollar is most sensitive to the decline in Chinese indicators, since China is its main trading partner. 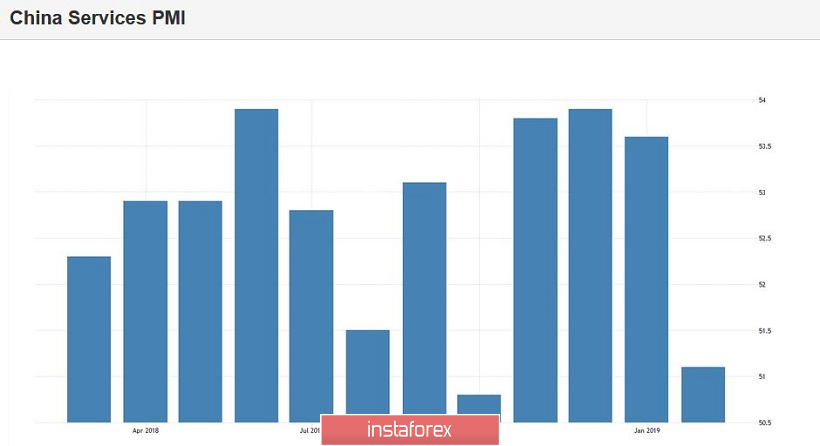 In turn, China's economy has been declining for the third consecutive quarter, confirming fears of many experts about the prospects of the world economy. The country's GDP came out at the expected level of 6.4% for the last quarter of 2018 , but this is the weakest growth in the last ten years. In annual terms, the situation is no better: the indicator fell to the level of 6.6%, an anti-record was marked: the Chinese economy grew at such a weak pace almost three decades ago - in 1990.

In other words, China acts as an "anchor", which restrains the growth of the AUD/USD pair, even if there are fundamental reasons for an upward dynamics. The only hope of traders in this context is the possible conclusion of a deal between Beijing and Washington. According to the American press, the leaders of the countries can sign the agreement on March 27 – at the summit, which will be held in the United States. According to preliminary data, the United States offered China to reduce duties and other restrictions on American agricultural, chemical, automotive products and other goods. In return, Washington is ready to cancel most of the tariffs it imposed on Chinese goods last year. According to insider information, the parties reached a compromise on key issues, but some gaps still remain.

Thus, the AUD/USD pair is traded in the conditions of a controversial fundamental background. On the one hand, the Australian labor market is strengthening, and the RBA is not in a hurry to soften the tone of its rhetoric - but, on the other hand, the Chinese economy continues to slow down, negatively affecting the raw materials market and the economy of Australia. The background to this is the US-China negotiations, which should be completed by the end of March.

Taking into account such contradictory fundamental factors, the AUD/USD pair will continue to be traded in the flat - if only the data on Australian GDP growth for the fourth quarter of last year (the release is scheduled for March 6) prove to be stronger/weaker than forecasts. According to general expectations, the Australian economy should grow by 0.5% qoq and decrease to 2.7% year-on-year. If the release comes out at the level of forecasts, then the pair's situation will remain as before, otherwise the aussie will test either the support level (0.7020 - the lower boundary of the Kumo cloud on the daily chart), or the resistance level (0.7180, where Kijun-sen coincides with the upper line of the Bollinger Bands indicator on the same timeframe).

The material has been provided by InstaForex Company - www.instaforex.com
AUD/USD. In the grip of contradictions: the aussie cannot choose the vector of its movement