BTC has been trading upwards. Bullish correction is in creation. 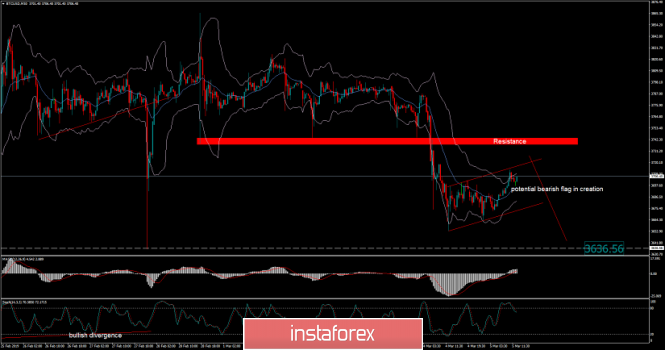 According to the M30 time – frame, we found potential bearish flag in creation, which represents that risk for going long. Key short – term resistance is set at $3.740 (recent lows now became key resistance). Support levels are seen at $3.653 and $3.636.

Trading recommendation: BTC is in consolidation phase and we are awaiting end of the bullish correction to establish new short positions. The breakout of the recent low at $3.675 would confirm downward continuation.

The material has been provided by InstaForex Company - www.instaforex.com
2019 Bitcoin analysis for March 05