Brexit: Get ready for alternative scenarios. The decision of the British Parliament to deprive Prime Minister Theresa May

Perhaps the key event on Monday was the decision of the British Parliament to deprive the Prime Minister Teresa May of control over the exit process from the EU. This decision was made with a ratio of 392-302 votes, which opens up the possibility for voting on alternative Brexit plans.

The parliamentarians made this decision after three more ministers from Theresa May's cabinet voted to give parliament control over the exit from the EU and resigned. This is due to the growing discontent with the British Prime Minister and her actions regarding Brexit.

Most likely, the vote on alternative scenarios Brexit will take place tomorrow, and we can only guess what it can lead to. There are a lot of scenarios, but one of them, concerning the uncontrolled withdrawal of Great Britain from the EU, can be definitely excluded since parliamentarians have repeatedly stated that such a Brexit scenario is unacceptable. 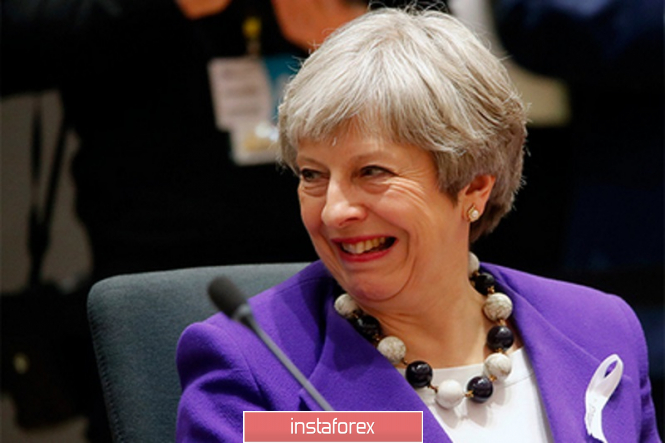 British Prime Minister May said yesterday that for the third vote on the agreement on withdrawal from the EU is not enough to support. This suggests that today's vote on Brexit will not take place. The British Prime Minister also noted that she still expects to hold a third vote in the coming days, since the government is not bound by the conclusions of parliament on the voting process.

As for the technical picture of the GBPUSD pair, such decisions will most likely support the pound, since it is precisely possible to exclude the most "catastrophic" scenario. A break above the resistance range of 1.3215 may lead to an increase in demand for the pound, which will open new weekly highs for the bulls near 1.3270 and 1.3315. In the event of a decrease in the pound, good areas will be supported by the 1.3085 and 1.3005.

The data released yesterday on the American economy did not greatly affect the EURUSD pair since they did not represent much interest.

According to the report, the index of national activity of the Fed-Chicago fell in February 2019. This happened due to the slow growth of employment indicators. Thus, the index fell to -0.29 points in February against -0.25 points in January.

But production activity in the area of responsibility of the Federal Reserve Bank of Dallas grew in March. According to the report, the Fed-Dallas manufacturing index in March 2019 rose to 11.5 points against 10.1 points in February. The index of total business activity fell to 8.3 points from 13.1 points.

Yesterday's speech by the President of the Federal Reserve Bank of Boston, Eric Rosengren, did not impress the market, as in general, he repeated the words of his colleagues who spoke before him.

Rosengren believes that the continuing reduction in the assets balance of the US Federal Reserve System was not the cause of volatility in the financial market, which would allow the regulator to take a wait-and-see attitude towards interest rates.

As for the technical picture of the EURUSD pair, it remained unchanged. The trading instrument keeps the intermediate level of 1.1295 from further falling, a breakthrough of which will increase the pressure on risky assets and will lead to the updating of last week's lows in the areas of 1.1270 and 1.1225. With an upward correction, the growth of the euro was already limited by the level of 1.1330, however, its repeated test may lead to a larger upward movement in the area of resistance 1.1355.

The material has been provided by InstaForex Company - www.instaforex.com
Brexit: Get ready for alternative scenarios. The decision of the British Parliament to deprive Prime Minister Theresa May