Brexit: Theresa May Agreement failed. What are the next actions?

The British pound fell against the US dollar after it became known yesterday that the British parliament rejected the Brexit plan proposed by the government. The new conditions, which were agreed upon by Theresa May on Monday with EU representatives, did not affect the parliament, which led to another failure of the Prime Minister's efforts.

During the press conference, British Prime Minister Theresa May said that she deeply regrets the outcome of the vote.

Further debates about Brexit without a deal will take place today in parliament. 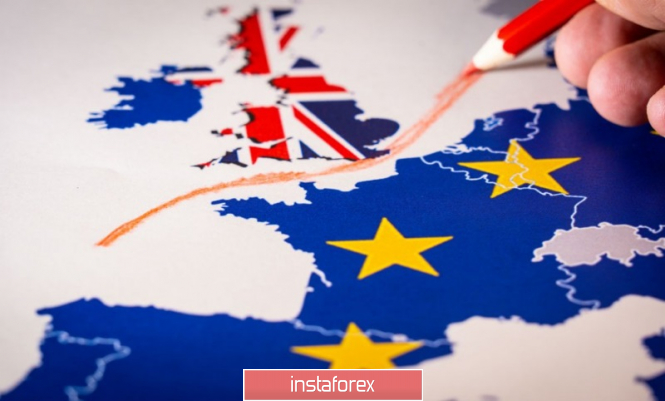 It is expected that the majority in parliament will still speak for an orderly Brexit, which will allow the British Prime Minister to put to vote the question of extending the UK exit from the EU. Such a scenario will support the British pound, which may return to weekly highs and continue its growth.

However, not everything is as simple as it seems, even if May advocates extending the UK exit date, EU representatives will need a convincing justification for a request for an extension of the negotiations.

This was said yesterday by the representative of the President of the European Council, Donald Tusk. Tusk regretted the results of the parliamentary vote on Brexit in the UK, saying that the EU had done everything possible to reach an agreement. Now, in his opinion, the probability of Brexit without a deal has increased significantly.

Talking about the technical picture of the British pound with the current volatility is not entirely correct.

As for the EURUSD pair, yesterday's US inflation data did not help the US dollar to resume its growth.

According to the report, consumer prices in the US in February of this year rose slightly, and the main increase was associated with an increase in the cost of energy and food.

According to the data, the CPI of the USA in February rose by 0.2% compared with March. The base consumer price index, which does not take into account the volatile categories of goods, rose in February only by 0.1% compared with the previous month. Economists had expected a 0.2% rise in the overall CPI. Compared with the same period of the previous year, the CPI index rose by 1.5%, while the base one increased by 2.1% compared with February 2018. Economists predicted that the annual growth of the overall index will be 1.6%, and the annual growth of the base index will be equal to 2.2%.

Yesterday, there was also news that negotiations aimed at resolving the trade conflict between the United States and China are close to completion. This was stated by US Trade Representative Robert Lighthizer on a speech at the Senate Finance Committee. He noted that he regularly communicates with his Chinese counterpart and is pleased with the course of negotiations, which are gradually approaching the final stage.

As for the technical picture of the EURUSD pair, then the buyers will count on a larger increase above the resistance of 1.1305, which is extremely difficult to do. Only good fundamental statistics on the eurozone can support the euro in the morning. The return to the support level of 1.1270 will increase the pressure on risky assets, which will lead to a sale to the area of 1.1235 and 1.1210 lows. The same signal to sell will be the unsuccessful fixing of EURUSD above the resistance of 1.1305, which will increase the pressure on the euro.

The material has been provided by InstaForex Company - www.instaforex.com
Brexit: Theresa May Agreement failed. What are the next actions?