This is a critical day for Brexit: Today, a principal vote will be held on an agreement with the EU in the British Parliament. It is no longer possible to delay - the deadline for Britain's exit from the EU is set for March 29 - or the Parliament will approve a new version of the agreement with the EU - or, which is very likely, Britain's departure from the EU will be postponed for a very long time.

On Monday, late in the evening, British Prime Minister Theresa May and European Commissioner Juncker made another attempt to reach a new agreement - and, it seems, they found an option - but it is kept secret. A vote in the Parliament for today, March 12th. In case an agreement is not reached in the Parliament - Prime May will put the exit from the EU without an agreement on March 13 and the postponement of Britain's exit on March 14 (according to plan).

EURUSD: The euro is also waiting for a decision on Brexit - in response to the pound's sharp movements. 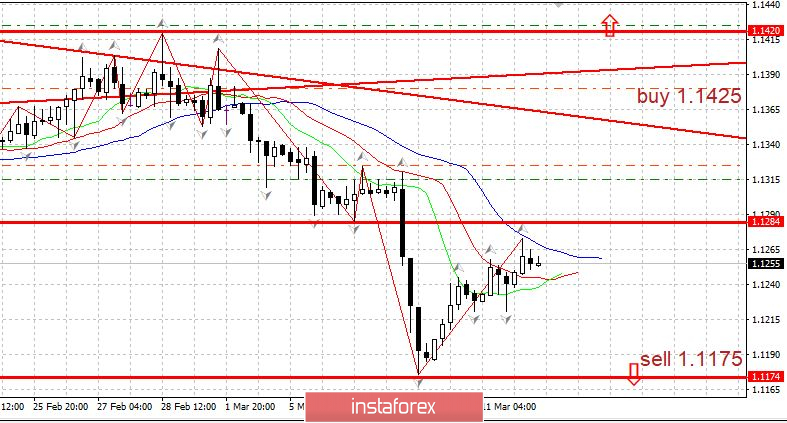 The material has been provided by InstaForex Company - www.instaforex.com
Burning Forecast 03/12/2019