The pound, followed by the euro, experienced a period of growth on the news on Brexit. The British Parliament rejected the agreement with the EU for the last time on March 12, and on March 13 voted against Britain's withdrawal from the EU without a deal. Today, March 14, the Parliament will vote on the issue of postponing Brexit-for a long time-and, very likely, this option will be adopted.

As a result, Brexit will be postponed for a long time - and this is a positive for the markets.

The EURUSD completely blocked the growth of the fall, which followed the ECB's decision to launch a new liquidity injection cycle. Now, an attempt at an upward trend looks more likely - but for now we have a return to the range.

We are ready to take a position on the trend when you exit the range: 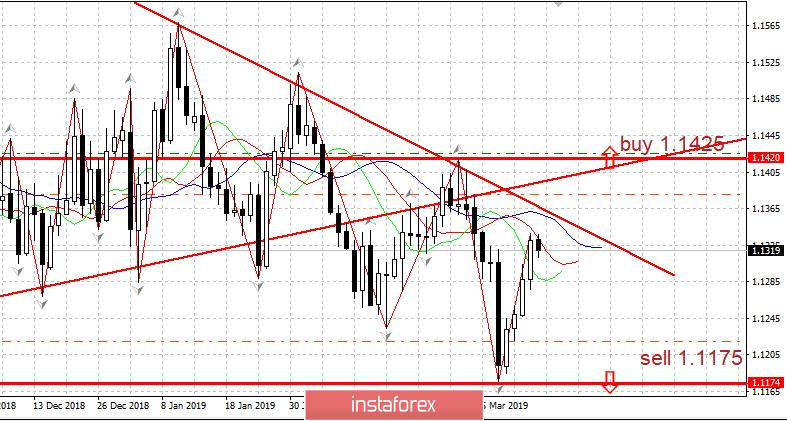 The material has been provided by InstaForex Company - www.instaforex.com
Burning Forecast 03/14//2019