Last week the EURUSD made an attempt to start a trend against the dollar, but failed once again.

The reason is the unexpected return of the Brexit theme to the agenda.

There will be a new vote in the British Parliament in agreement with the EU on Monday - in case May's plan fails once again - a new principled vote will be held on Wednesday. May has been given a deadline of April 12 in order to acquire support in Parliament (the EU provided a delay).

We are waiting for the beginning of the trend for the euro.

For more aggressive traders, selling from 1.1270 is possible. 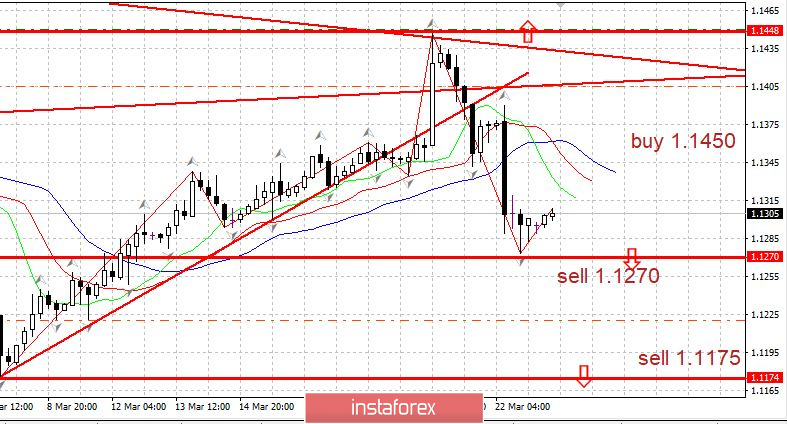 The material has been provided by InstaForex Company - www.instaforex.com
Burning Forecast 03/25/2019