European currencies are still under pressure due to ongoing crisis around Brexit. On Wednesday, the British Parliament held 6 votes on various options for resolving the Brexit issue - but none received a majority. The relative majority received options for a "soft" exit from the EU (in fact, the preservation of all trade conditions in the EU) and the option of a new referendum. May's suggestion that she was willing to resign if her plan received support did not have the desired effect.

On Thursday, the search for a solution to Brexit in the Parliament will continue.

EURUSD: The statement of the ECB head regarding a possible increase in the deposit rate for banks and the withdrawal of this rate from the negative zone - only slightly supported the euro. But the fall stopped.

We are waiting for the break of the range boundaries and the beginning of the trend. 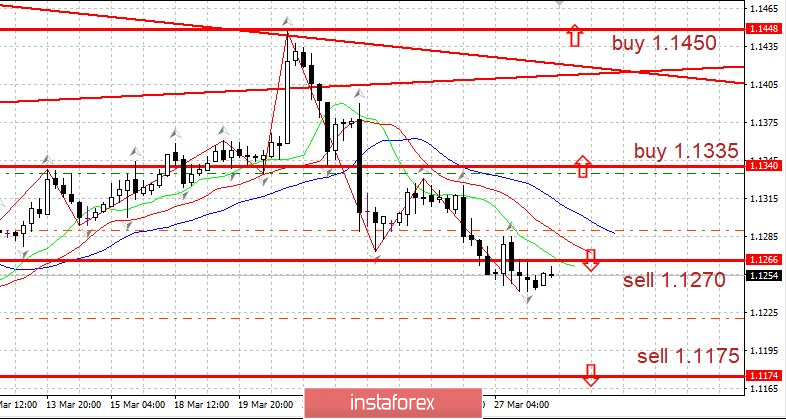 The material has been provided by InstaForex Company - www.instaforex.com
Burning forecast 03/28/2019