When building a trading plan on Monday, it is required to take into account the fact that the pair did not reach the weekly KZ of 0.7063-0.7049. When this happens, the downward movement can be considered implemented. This will make it possible to consolidate most of the profit and transfer the rest of the position to breakeven. If the first movement is the strengthening of the Australian dollar, then you can get favorable prices for selling the tool when testing one of the resistance zones. 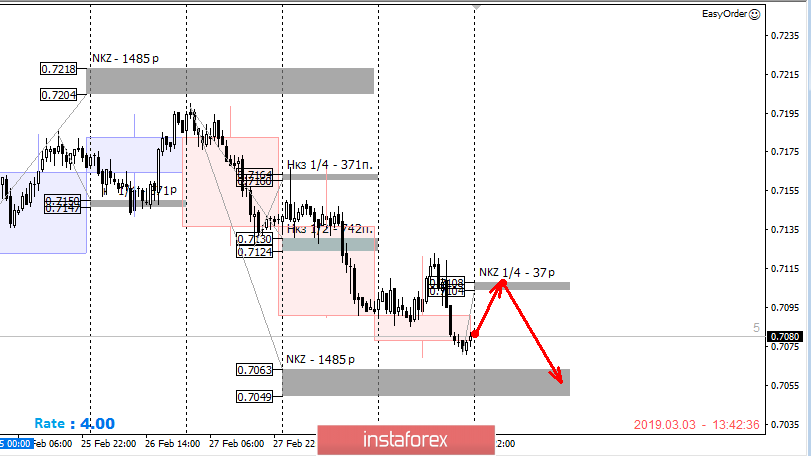 Downward movement is impulsive, and breaking it will require the emergence of large demand, which should exceed the last offer received on Friday.

An alternative model will be developed if the close of trading occurs above Friday's high on Monday. This will allow us to talk about the emergence of a market buyer, which might be decisive in the first half of the week. The emergence of such demand after the weekly test KZ can lead to the formation of a reversal medium-term model, which will allow you to open purchases, the goal of which will be last week's high in the near future. 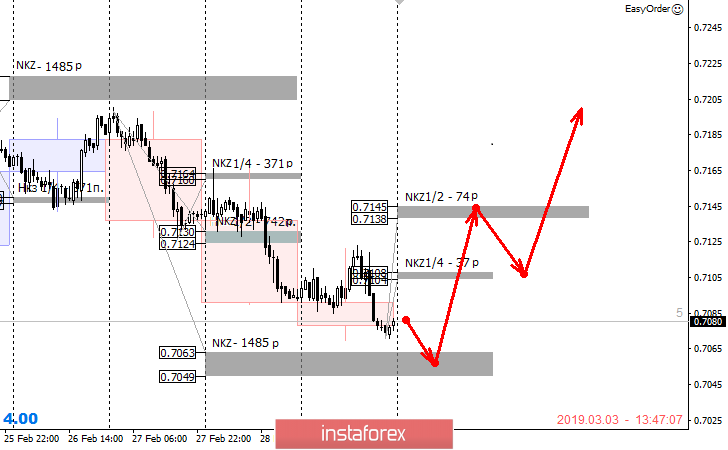 The material has been provided by InstaForex Company - www.instaforex.com
Control zones AUDUSD 03/04/19