Today's movement is still a rising impulse, as the pair has not yet reached the zone of the average weekly movement. The next important target in case of continued growth is the level of 0.7192. This is a significant February high, in which the pair has been trading for a long time. The probability of a breakdown of this level and consolidating above it is low, since it is within the zone of the average weekly course. 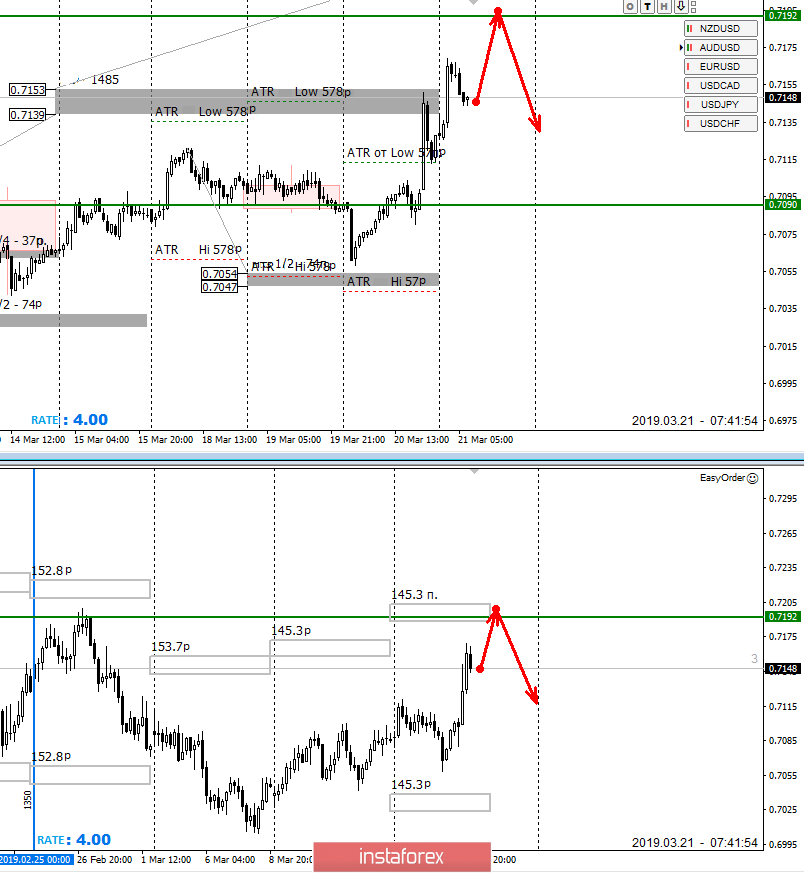 Since the first target zone has already been reached, the probability of a proposal that will lead to the formation of a corrective model increases. Given that the close of yesterday's trading had occurred above the average daily rate, the main level for the return is the mark of 0.7113. When testing this mark, you will need to search for a pattern to buy an instrument, since the probability of updating the March high is above 70%. 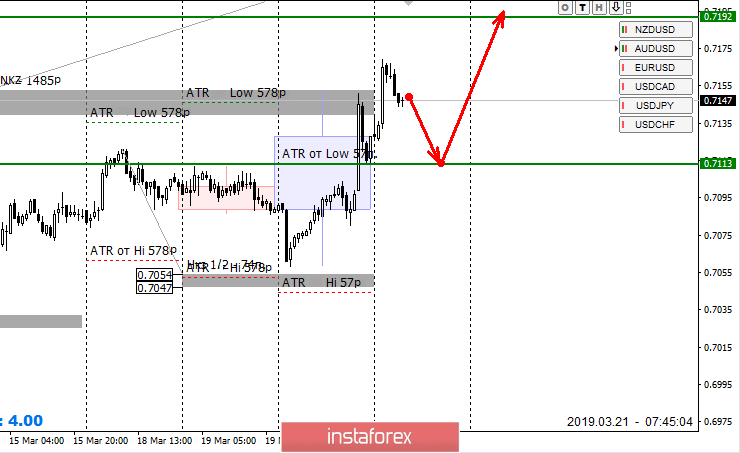 The material has been provided by InstaForex Company - www.instaforex.com
Control zones AUDUSD 03/21/19