In the middle of last week, the pair reached a monthly KZ, within which the weekly KZ of 0.9914-0.9895 is located. The emergence of a large demand indicates the interest of major players in keeping the course within the monthly volatility. The key zone of correction will be the NKZ 1/2 1.0008-0.9998, the test of which will make it possible for you to get favorable prices for the selling the instrument. 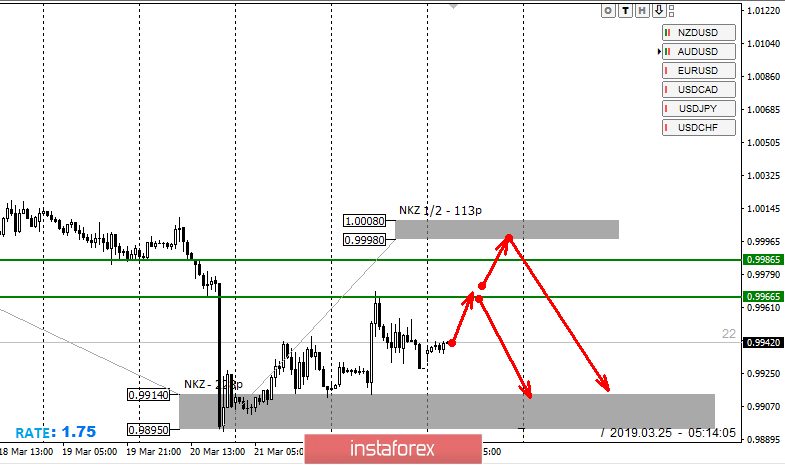 It is important to understand that purchases are corrective in nature, so it will require consolidating a long position when approaching the resistance zone and searching for a pattern in the direction of continuing the medium-term impulse downwards.

An alternative model will be developed if the current closure of the US session occurs above the level of 1.0008. This will open the way for the pair to increase this week and cancel the option of selling the instrument from the NKZ 1/2 zone. The probability of forming a reversal pattern is 30%, which makes it a support. 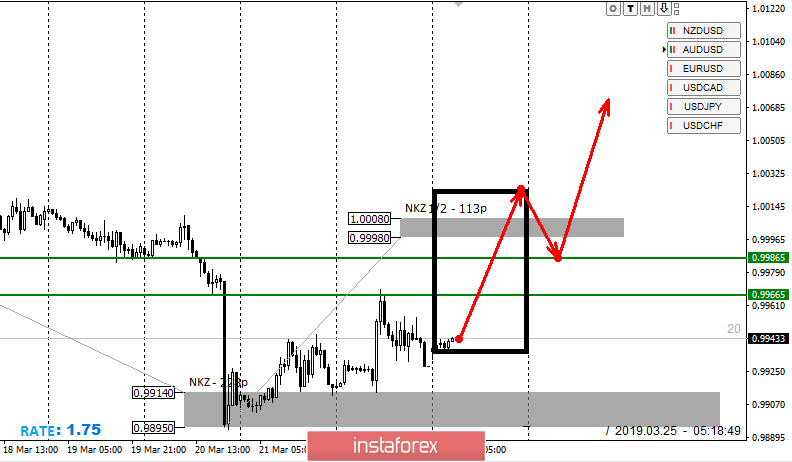 The material has been provided by InstaForex Company - www.instaforex.com
Control zones AUDUSD 03/25/19