Yesterday's fall stopped at the NKZ 1/2 1.1356-1.1346. This zone is decisive. As long as the pair is trading above it, the upward movement will remain a momentum. The close of yesterday's trading took place higher, so purchases that were opened in this zone remain relevant. The first target of growth is the weekly high, a test which will allow you to convert the deal to breakeven and lock in most of it 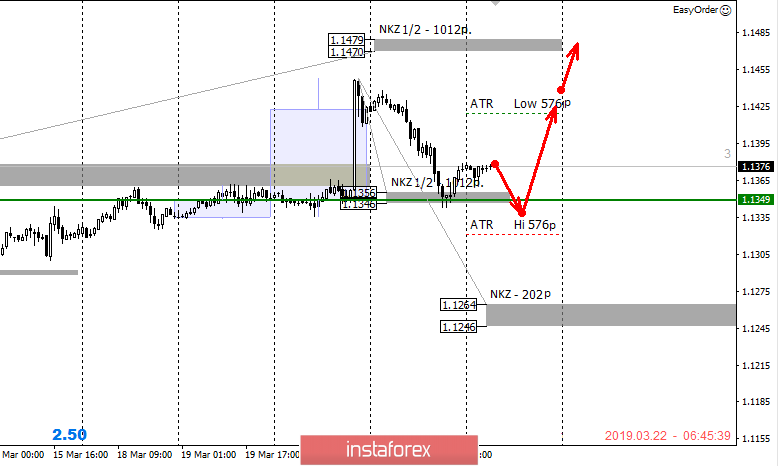 For those who use patterns for making decisions, it will be possible to get more favorable prices for buying if yesterday's low is updated and a pattern of false breakdown is formed.

An alternative model will be developed if the current week closes below 1.1346. This will open the way for a fall to the weekly KZ of 1.1264-1.1246. Selling will come forward next week. The probability of a descending model does not exceed 30% so far, which makes it a support. 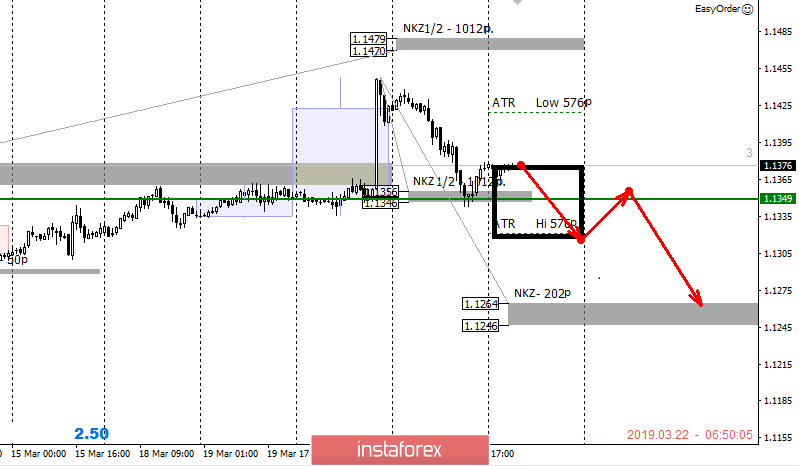 The material has been provided by InstaForex Company - www.instaforex.com
Control zones EURUSD 03/22/19