In case the local accumulation zone forms within the NKZ 1/2 1.3214-1.3195, it is necessary to consider the option of both resuming the downward movement and the breakdown with consolidation above the zone. This will make it possible to find deals near the control zone. It is necessary to consider the first trading hours of the European session in order to determine the priority. It will indicate the future direction. 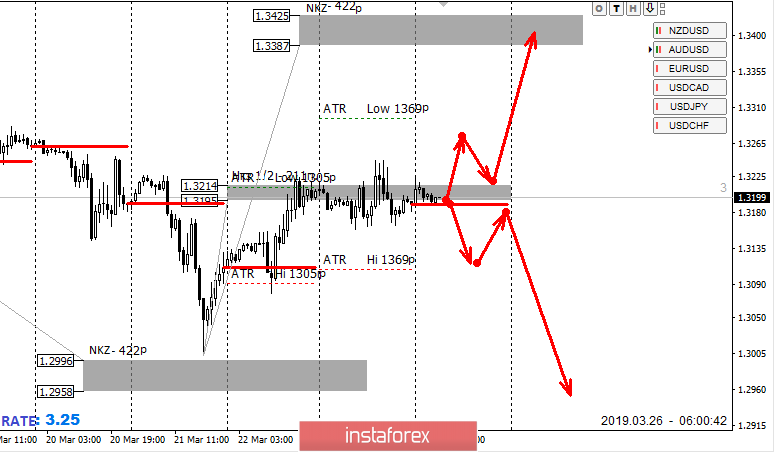 The formation of the pattern will occur in today's European session. The closure of today's US session will confirm the direction.

To work in a downward direction, it will require the European session to open below the zone. A "false breakdown" pattern must be formed. This will open the way for a decline to the weekly KZ of 1.2996-1.2958. The downward movement is still a priority, since the pair cannot consolidate above the level of 1.3214. 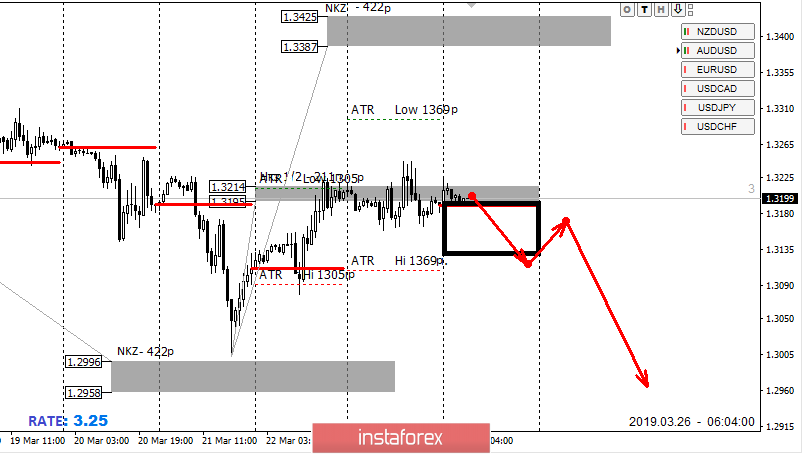 The material has been provided by InstaForex Company - www.instaforex.com
Control zones GBPUSD 03/26/19