Today, the pair is trading near the weekly KZ 110.35-110.18, which is within the daily average. This makes it possible to lock in sales that are open at the upper boundary of the flat range. The test level of 110.27 must be considered for demand to appear. If a purchase pattern is formed at the level, this will be an excellent opportunity to work towards weakening the Japanese yen. 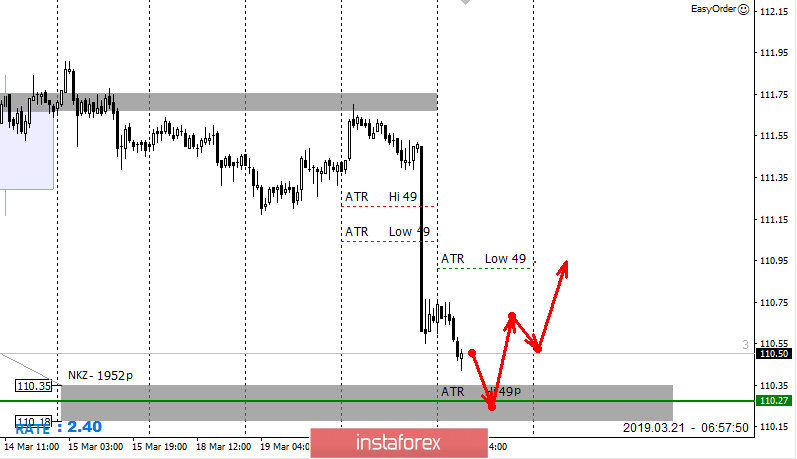 It is important to note that yesterday's fall led to the close of trading below the daily average, which can lead to a corrective movement and a high probability of a return to this point.

An alternative model will be developed if the pair initially goes to corrective growth and returns to the broken level of the average stroke. This will make it possible to get favorable prices for selling the instrument. Since the test weekly short-circuit has not yet happened, then any increase will be corrective, and the probability of updating the current high will exceed 70%. It is necessary to use it to take profit from the sales tool. 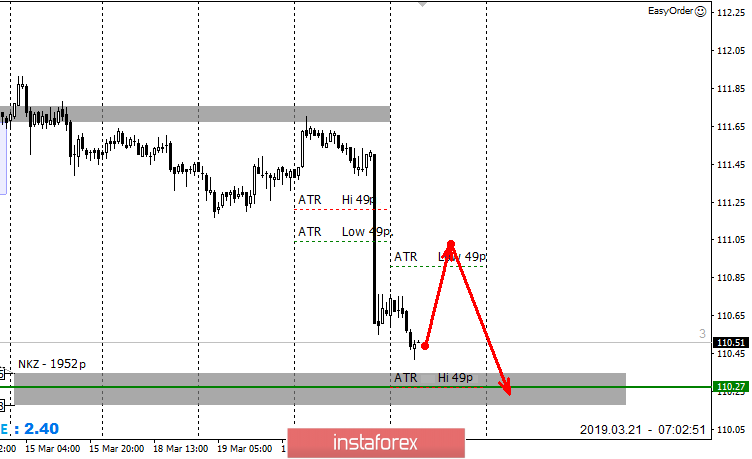 The material has been provided by InstaForex Company - www.instaforex.com
Control zones USDJPY 03/21/19