The single currency meets the March meeting of the ECB in a depressed state. After several unsuccessful attempts of assault on the 14th figure, the eur / usd bulls eased their grip. They could not keep the price at conquered heights. The pair slowly but tendentiously moved towards the main support level of 1.1260. The rhetoric of the European regulator will determine the further price movement vector: the bears will either push this level or give the initiative to buyers, who will again lead the pair to local maximums.

In general, the euro / dollar is declining for two main reasons. Firstly, the strengthening of the dollar, which began to gain momentum after China, lowered its growth forecasts. Secondly, traders in advance play the "pigeon" rhetoric of the members of the European regulator. No one expects any optimistic notes from them, the only question is how soft their statements will be. 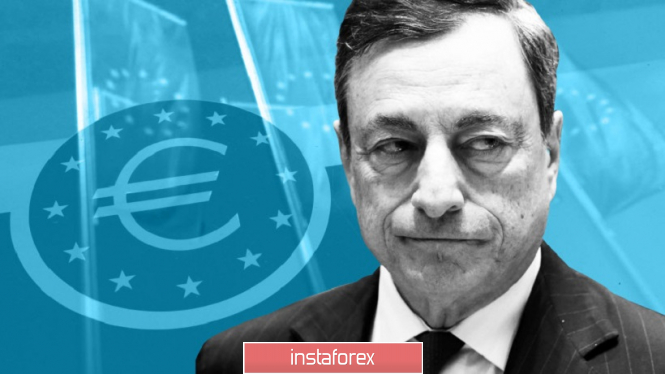 According to the general forecast of experts, the March meeting of the European Central Bank will not be a "pass-through", so it will certainly cause a corresponding volatility in the markets. First of all, the ECB will reduce forecasts for GDP growth and inflation. This is a widely expected decision because as early as the beginning of February, the European Commission revised its forecast for GDP growth in the eurozone, significantly lowering its previous estimates. According to the EC economists, the key indicator in the current year will grow only by 1.3%, and next year - by 1.6%.

A little earlier, in January, a similar decision was announced in Germany, whose economy is the "locomotive" of the eurozone. Thus, the Ministry of Economy in this country reported that they are reducing their forecast for the growth of the national economy this year to 1%. This is a significant revision, as the Germans previously hoped to grow to 1.8%.

Inflationary dynamics also leaves much to be desired. According to the latest data, the consumer price index came out at the level of forecasts, having risen by one tenth of a percent compared to the previous month, that is, to 1.5%. However, core inflation, which is the most important indicator for the ECB, showed negative dynamics, dropping to one percent (contrary to expectations of growth to 1.1%).

Such trends can not be ignored by the European regulator, so a revision of the forecast estimates can be considered an already resolved issue. There is also a high probability that the ECB will finally postpone the interest rate increase for the next year. And although the market for the most part no longer feels illusions about earlier time points (a rate increase at the December meeting), this fact will still have some pressure on the euro.

By the way, recently, there have been rumors in the market that the ECB can go in a rather non-standard way- increase the rate on deposits to zero by one and a half years. According to the press, some members of the regulator recognize the fact that the side effect of negative rates negatively affects the economic growth of the eurozone, so such a step can remedy the situation - while the ECB's policy remains accommodative. But in my opinion, the probability of the implementation of this scenario is very unlikely, given the caution of Mario Draghi in their decisions.

But the likelihood of announcing a new round of the TLTRO program is quite high. This issue was discussed in December last year, but in January, the regulator decided to bypass this topic. However, judging by the rhetoric of Peter Prath and Benoit Kurrre, the Central Bank will announce tomorrow that it will launch long-term financing operations. 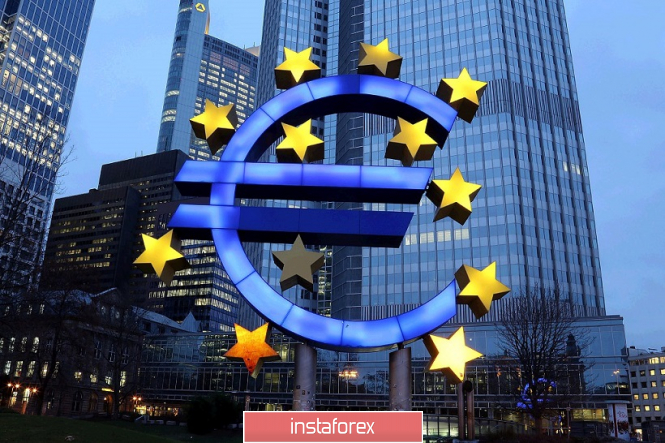 The reaction of the euro / dollar pair for tomorrow's meeting depends on how much the results deviate from most forecasts. For example, if, contrary to expectations, the regulator does not rush things relative to the start of a new round of TLTRO, then the single currency will get quite strong support. The fact of transferring the approximate time limit for the next year's rate increase will not surprise traders. Moreover, this decision has already been largely taken into account in prices. Also, the regulator may be less categorical regarding the assessment of external risks. The likelihood of a "tough" Brexit declined, and the US-China talks reached the final stage. According to preliminary information, Beijing and Washington may conclude a bargain on March 27th.

In my opinion, the head of the European Central Bank, Mario Draghi, will traditionally try to maintain a balance in his statements, so as not to provoke panic in the markets. At the same time, he must also demonstrate his readiness to resist a slowdown in economic growth in the eurozone, voicing the appropriate signals. If the head of the ECB strengthens the "pigeon" rhetoric, the eur/usd pair will consolidate below the support level of 1.1260 and will head towards the 11th figure. If you deviate from the predicted scenario, the bulls of the pair will be able to test the boundaries of the 14th figure again.

The material has been provided by InstaForex Company - www.instaforex.com
ECB March meeting: preview