ECB meeting: the way of the euro is a foregone conclusion 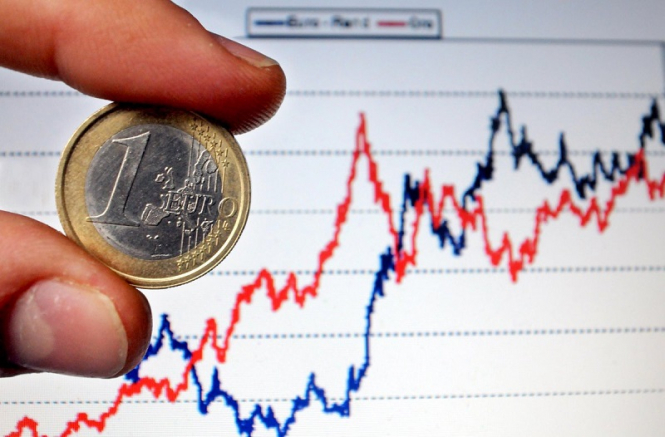 In the conditions of a slowdown in the eurozone economy, the ECB at its meeting on March 7 may change the rhetoric and even tell about new incentive mechanisms. Bloomberg respondents and other economists believe that the regulator will again postpone the rate hike. All the fundamental factors will force Mario Draghi to take steps to stimulate the economy.

With this development, the euro is prone to decline. The technical side of the picture is quite clear; a whole series of "bearish" signals are visible.

So, in the minutes of the last ECB meeting, it was stated that some politicians consider the preparation of fresh measures "urgent". It is assumed that the most likely scenario will be a new round of long-term loan program (LTRO), linked to the interest rate and providing sufficient excess liquidity to the euro. This should stop the growth of the single currency in the currency markets.

It is possible that the Central Bank will limit itself only to the preparation of the basis for such an operation, and not the actual start of the program. LTRO details will depend on what signal the policymakers decide to give to the markets. The ECB will probably fix market rates for up to about four years, offering new loans at a fixed rate. As Bloomberg economists have suggested, he may also leave the window open for earlier policy tightening by tying new loans to the base refinancing rate, which has been at zero for the past two years. The second option is considered the most likely since this step does not tie the hands of the regulator so tightly. This is important since in November a change of the head of the European Central Bank is expected.

President of the Central Bank of Germany Jens Weidmann tries to eliminate any manifestation of generosity. At a press conference held a week earlier, he said that bidding with a fixed rate could weaken the OST, while a long maturity would violate the signals to the market. They are now a sensitive policy instrument of the bank since the net redemption of assets was completed.

"The ECB probably does not want to make the conditions of its new liquidity operations so attractive that they will actually increase excess liquidity," say experts from Nordea. Therefore, it is "difficult to imagine a much weaker euro" when European financiers take action.

The position is to some extent related to the likelihood that the demand for new loans will flow from the banks of Italy and Spain. This once again highlights the unpleasant truth about their ability to survive without the support of the ECB. According to Moody's Investor Service, the European regulator finances 6% of the assets of the Spanish and Italian banking systems.

The regulation, which is agreed upon in Basel III, requires a minimum level of financing from banking companies for a period of more than 12 months (the so-called NSFR net stable financing indicator). Due to the fact that the remaining maturity of existing LTROs will fall in the current year below 12 months, banks should not bring them into compliance with the requirements of the NSFR.

According to the head of the Bank of Germany, the question of whether banks need to "follow the rules should not play any role in monetary policy decisions." A similar opinion is shared by his colleague from France.

To prevent any decisive action, at the next meeting, the resistance of these officials is enough. Draghi again has to show their talents. Markets need to believe that the ECB is serious about sustaining growth, even when it does nothing. If Draghi fails to convince the markets, we can witness a new round of sales of Spanish and Italian banks' debt obligations and expansion of the credit spread - "unreasonable tightening" of financial conditions. The regulator wishes to prevent this at all costs.

The material has been provided by InstaForex Company - www.instaforex.com
ECB meeting: the way of the euro is a foregone conclusion