EUR / USD. The dollar is losing ground: the market "remembered the weak inflation in the US

Today, the dollar index is losing its points: the indicator could not hold in the area of 97 points and at the moment is rather actively declining in the region of the middle 96 figures. The market finally paid attention to the weak report on the growth of American inflation, which was published yesterday. However, the turbulent events of Tuesday related to the prospects of Brexit overshadowed this release - traders assessed the likelihood of approval of the historical transaction against the background of the latest proposals of Brussels. The euro/dollar pair followed the pound, virtually ignoring all other fundamental factors. But today, passions have subsided somewhat: the "divorce process" will most likely be extended until July, so traders shifted their emphasis to other financial events (except for GBP / USD traders and other currency pairs involving the pound - Brexit is still in the center attention). 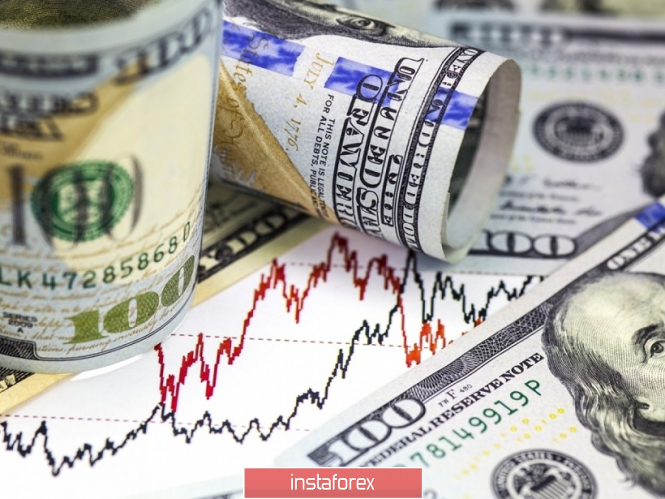 In other words, a late reaction of the market to the fact of a slowdown in American inflation followed today. Let me remind you that in annual terms, the consumer price index continues to show negative dynamics. For comparison: in October, it was at the level of 2.5%, and in February it dropped to the level of 1.5% (with a weak growth forecast to 1.6%). Core inflation disappointed even more, both in monthly and annual terms. The release turned out to be lower than the predicted values - 0.1% m / m and 2.1% g / g. Despite the fact that the core consumer price index fell by only one-tenth of a percent, the very fact of negative dynamics is important here, since starting from last fall, these figures went out at the same level, and now the indicator has signaled a slowdown.

Such dynamics can be ignored - neither by the market nor by the Federal Reserve. The current decline in the dollar index is proof of this, but the effects of lowering the CPI may be more widespread. As you know, the Fed is trying to keep the core inflation in the area of two percent, following a dual mandate. At the moment, traders (formally) have no cause for concern - a key indicator even exceeds the target level. But the current trend should be alarming: US inflation has been falling not for the first month, confirming the expediency of a waiting position on the part of the regulator.

Yesterday's data strengthened confidence that the Fed will pause until the end of this year. And although there are intense disputes in the Fed's camp regarding monetary policy prospects (some regulators are in favor of raising rates, despite low inflation), most experts are inclined to think that the Central Bank will not rush things - if core inflation does not return to sustainable growth. So far, the prerequisites for this are not enough. On the one hand, data on the growth of wages in the United States came out much better than expectations, on the other hand, there is a need for sustained growth dynamics, whereas the average hourly wage indicator shows a wave-like movement. So, in December the indicator rose to 0.4% (m / m), in January it dropped to 0.1%, and in February it jumped to 0.4% again. In annual terms, the indicator shows a similar trend. 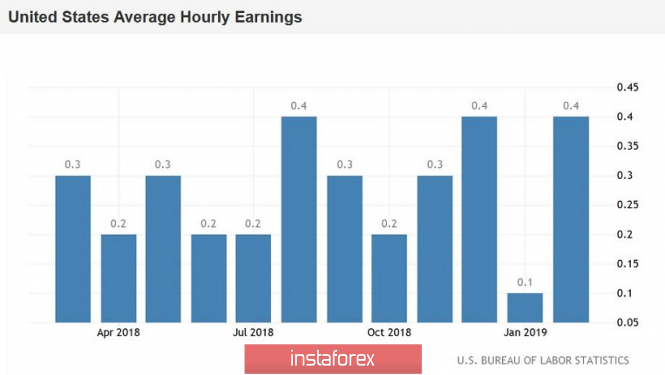 Meanwhile, the volume of retail sales leaves much to be desired. The most important indicator of consumer spending in January rose by only 0.2% after a crushing fall in December (then the growth rate of the indicator was the weakest since September 2009). In other words, the inflation component of the Nonfarm, although better than expected, is unlikely to reduce the concerns of regulators regarding the growth rates of core inflation. 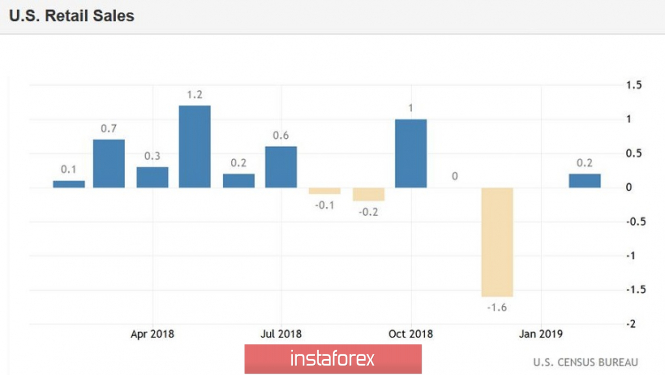 All this suggests that the Fed at its March meeting, which will be held exactly one week later, will keep the "pigeon" attitude. Let me remind you that Jerome Powell holds a press conference after each meeting of regulator members (and not 4 times a year, as it was before), so he will certainly comment on the February Nonfarm and data on inflation growth. If he intensifies concerns about the latest releases, the likelihood of a rate hike this year will decrease again, putting pressure on the dollar. If he allows for the easing of monetary policy, this pressure will be of a larger scale. It is worth noting that the market does not exclude such a scenario - for example, the probability of a rate cut before the end of this year is slightly less than 10%. And although this figure is too low for any conclusions, the probability of such a step was previously zero. Moreover, some representatives of the Fed (Bullard, Bostic) also did not rule out such a scenario.

Thus, the euro-dollar pair has the potential for further corrective growth, which is due only to the weakness of the dollar. The single currency is still under the impression of the March meeting of the ECB (which is clearly seen in cross-pairs with the euro), so there is no need to talk about a trend reversal. In terms of technology, the situation has not changed since yesterday: bulls of the EUR / USD pair still need to consolidate above the mark of 1.1320 (at this price point the Bollinger Bands average line coincides with the Kijun-Sen line on the daily chart). In the future, this will allow the pair to test the 14th figure - the next resistance level is located at 1.1410, where the upper line of the Bollinger Bands coincides with the lower boundary of the Kumo cloud.

The material has been provided by InstaForex Company - www.instaforex.com
EUR / USD. The dollar is losing ground: the market "remembered the weak inflation in the US