The southern impulse of the euro-dollar pair, which was set by the outcome of the pigeon meeting of the ECB, finally declined: Buyers were able to keep the price within the 12th figure, showing corrective growth. However, this does not mean that there was a trend reversal. The eur/usd bears were simply disoriented by anomalously weak Nonfarms, as well as by the soft statements of the Fed's head. However, in general, the downward trend did not lost its relevance. Tomorrow's release of data on the growth of American inflation can give strength to the southern movement, especially if it comes out better than preliminary forecasts. Also, the mood of traders will be affected by Brexit, upon entering its crucial phase. In general, the current week promises to be boring and in with due respect, it might be decisive. 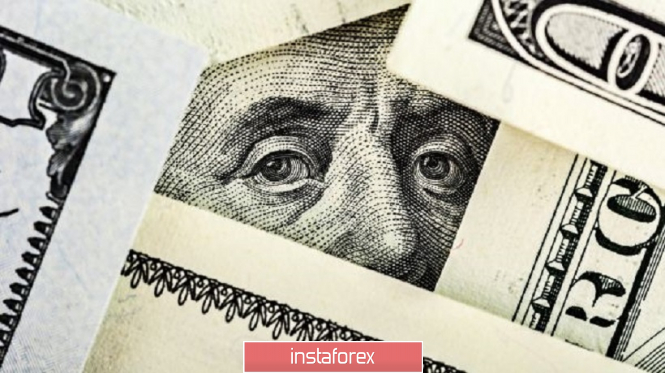 Let me remind you that on Friday, Nonfarms turned out to be quite ambiguous. With a decrease in the unemployment rate to 3.8% (with a forecast of 3.9%), the growth rate of people employed in the non-agricultural sector fell to a record low of 20 thousand, while the growth forecast has a total of 185 thousand. In the private sector and the manufacturing sector, anomalously low growth was also recorded. And although such an extremely weak dynamic does not indicate a slowdown in the labor market as a whole (the seasonal picture was distorted by the seasonal adjustment and / or the teachers 'mass strike that affected the count of laid-off workers and tripled to work), the dollar halted its attack throughout the market, which includes its pair up with the euro.

The head of the Fed, who spoke on the CBS channel last night (that is, last night, North American time), was unable to restore the demand for greenbacks. In general, he did not say anything new, but he focused the market's attention on existing risks, while reminding that the rates are now at a neutral level. Jerome Powell, in his usual manner, tried to maneuver between soft statements and optimistic comments, thereby maintaining the appropriate balance. So, he again reiterated that the US economy is in excellent shape, and the main risks are related to external factors: the slowdown of the Chinese and world economy, as well as Brexit, and the decline in key macro indicators in Europe. According to him, the prevailing conditions increase global disinflation pressure, and the States are no exception.

Therefore, in this context, tomorrow's data on the growth of the US consumer price index plays a big role. Since November last year, the CPI has been at the zero level (on a monthly basis), while in February the minimum is expected, but still growth is up to 0.2%. On an annualized basis, the indicator should remain at the level of January, that is, at around 1.6%. If we talk about core inflation, excluding prices for food and energy, then stagnation is expected here: in monthly terms, the figure goes to 0.2% since October 2018. In annual terms - the figure goes at around 2.2% since last November. And in February, the indicator should grow to similar values. Any deviation from the forecasts will have a fairly strong impact on the dollar index. 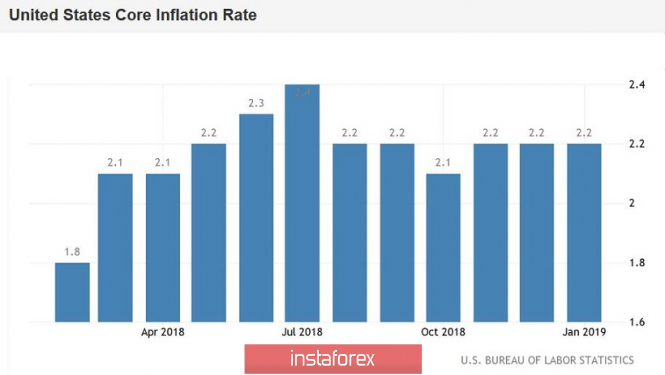 By and large, the Fed has stopped the process of tightening monetary policy for two reasons: firstly, these are external risks, and secondly - weak inflation. Therefore, if inflation rates come out of hibernation, then in the second half of this year, the Fed may return to raising rates.

It is also worth recalling here that, according to the American press, there is a serious split in the Fed camp. Representatives of the "hawkish" wing of the regulator believe that if the American economy continues to strengthen (albeit at a slow pace) against the background of a decrease in unemployment, then the interest rate should be gradually increased. Their opponents do not agree with such a formulation of the question: in their opinion, monetary policy should be tightened only if inflation exceeds the target 2% level, and not only exceeds, but also consolidates above this value.

That is why tomorrow's numbers may cause quite strong volatility among dollar pairs. If inflation shows signs of recovery, the eur/usd bears use this occasion to resume the offensive. Otherwise, the correction will continue.

By and large, the 12th figure in this case is the "transshipment base". Sellers need to return to the 11th level, and the bulls - on the contrary, to overcome and gain a foothold above the 1.1300 mark. Tomorrow, it will help to understand in which direction the situation in the pair will swing. But today's price fluctuations should not be trusted: on the eve of a decisive vote in the British Parliament and on the eve of the release of the American CPI, the pair may show impulse jerks and false movements.

The material has been provided by InstaForex Company - www.instaforex.com
EUR / USD: Fed chief raised the importance of tomorrow's release