Most of the macroeconomic indicators published on Friday in the eurozone coincided with forecasts, which did not give the euro an opportunity to go beyond the borders of the emerging range. The volume of retail sales in Germany in January at + 3.3% came as a surprise after a flop of -4.3% in December, taking into account Christmas and New Year's sales. The February PMI in the manufacturing sector was confirmed at 47.6p, a weak indicator, but there is no deterioration relative to preliminary data.

Unemployment in the euro area remained at 7.8 %, while the deterioration forecast reached 7.9%. Preliminary inflation data coincided with the forecasts. Concerns about the approaching recession in the eurozone are intensifying. A wide range of economic and financial parameters indicates that the risk of slowing down is based on serious factors. DanskeBank issued a special review, which combined 12 major economic and 4 financial variables, which in historical data showed a good correlation with the economic cycle. The dynamics of the resulting indicator shows that a decrease in the value below -1 coincides with periods of recession.

At the moment, the indicator has a value of -0.1p, which means that, it has clearly not yet reached the recession zone; therefore, there is a chance to stop negative trends and return to the growth trajectory. According to DanskeBank, financial variables show clear regression trends, while economic ones remain close to long-term averages. This stroke may indicate a deep-seated problem that is now unfolding in front of all the major world central banks - by what financial and monetary methods to influence the economic situation, if the traditional instruments are almost exhausted.

Today, Sentix will publish an investor confidence index in March, and Eurostat will report on producer prices in February. The general background for the euro remains neutral and the chances of going beyond the range formed on Friday are small. Support 1.1352, resistance 1.1396. Attempting to leave below support may strengthen bearish moods. In this case, support will move to 1.1315.

The pound received some support on Friday after the publication of macroeconomic data. Reports on consumer and mortgage lending provided by the Bank of England in January indicate high consumer activity, which, in turn, will support price indices. The PMI index in the manufacturing sector in February was 52.0p which is slightly worse than 52.6p a month earlier, but still indicates expansion, not compression of the sector. 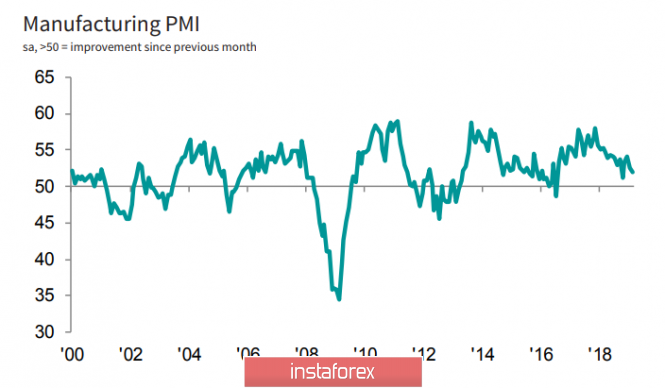 The USTR (US Trade Representation) has published the concept of the US approach to the upcoming trade negotiations with the UK after the latter left the EU. Noting the importance of trade relations between the first and fifth economies of the world, the United States will proceed from the fact that Great Britain will be freed from the restrictions under which it operated while in the EU, which means the entire volume of mutual trade of $ 230 billion will be revised.

It is noted that "... numerous tariff and non-tariff barriers challenge US exporters in key sectors ...", that is, the US is openly and unequivocally preparing to revise the tariff policy in its favor. Leaving the EU, the UK will untie the hands of negotiators in the US who are ready to put forward a number of stringent requirements - full access to the British agricultural market, the elimination of phytosanitary barriers, which will support "... consumers, farmers, ranchers and workers in the US ..." . The British authorities will have to prepare for a noticeable deterioration in external economic conditions, and the pound in this situation may not realize the growth potential, which, as it is believed, has already been formed.

The pound will be traded in the range in anticipation of the results of voting in the parliament on March 12-14. With a small margin of negative, the price will gradually move to support 1.3170, but it is unlikely to go lower.

The material has been provided by InstaForex Company - www.instaforex.com
Euro and pound weaken