Europe stands in the abyss

On the final day of the previous week, extremely weak data from Europe pulled down world markets, reminding them that the eurozone economy and its leader Germany continues to show a slowdown in economic growth, already indicating a decline.

The business activity index in the manufacturing sector of Germany, published on Friday, fell to 44.7 points against 47.6 points in March against expectations of weak growth to 48.0 points. In recent years, after the crisis of the end of "zero" only in the summer of 2012, the figure dropped to 43.0 points, not to mention the nearly vertical collapse in the fall of 2008. After reaching a local high last winter, the indicator steadily declined, making attempts at a weak recovery.

A similar picture is observed in the index of business activity in the manufacturing sector of the eurozone. The indicator also showed a fall to 47.6 points in March against the February value of 49.3 points and a forecast of a weak increase to 49.5 points. The indicator, like the German one, moved down last winter.

In fact, the figures presented confirmed our fears that the eurozone economy and, most importantly, Germany are showing strong signs of a recession, which was reflected in the reaction of the markets on Friday. Investors sold off risky assets. The main European stock indices fell by an average of 2.0%. The US lost about the same amount. Quotes of oil and industrial metals were also under pressure.

Naturally, on this wave of pessimism, defensive assets – government bonds of economically strong countries, among which the leaders were American, gold, and from the safe haven currencies - the Japanese yen, the Swiss franc and the US dollar. The main currency pair fell in the moment on one figure.

Why was there such a strong reaction to local economic data from Europe? And they pointed out that the beginning of the economic recession in Europe is likely to be the catalyst for the start of this process in the United States and could generally result in a severe global crisis, before which the events of 2008-09 will seem like flowers. If then the ECB had the opportunity to withstand the crisis by lowering interest rates and incentive measures, known as quantitative easing, now it does not have such tools. Interest rates are already near zero and even lower. Turning on the printing press with a new force will only slow down the process of decomposition, but not eliminate it, which means that an abyss opens up before Europe, from which it will be extremely difficult to break free, which could threaten the collapse of the euro area and even regional military conflicts.

Assessing such prospects, we believe that the single European currency will remain under pressure, if published and more data will confirm our concerns, the risk that the pair would further fall will only increase.

The EURUSD pair is consolidating above 1.1285 after a landslide fall on Friday. It may continue to decline to 1.1215, if today's data coming out of Germany turns out to be weaker than forecasts. 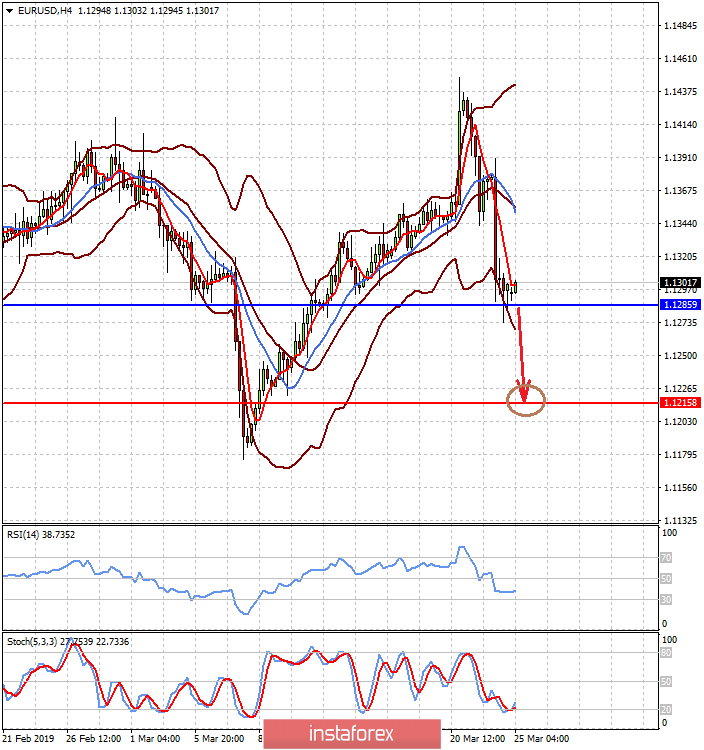 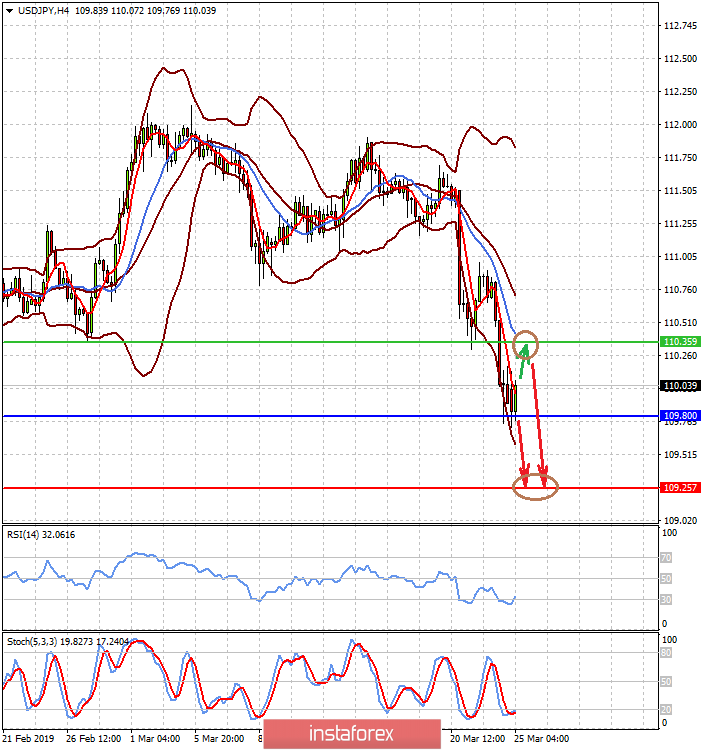 The material has been provided by InstaForex Company - www.instaforex.com
Europe stands in the abyss