EUR/USD. 11th of March. Results of the day. US retail sales did not stop the correction on the pair 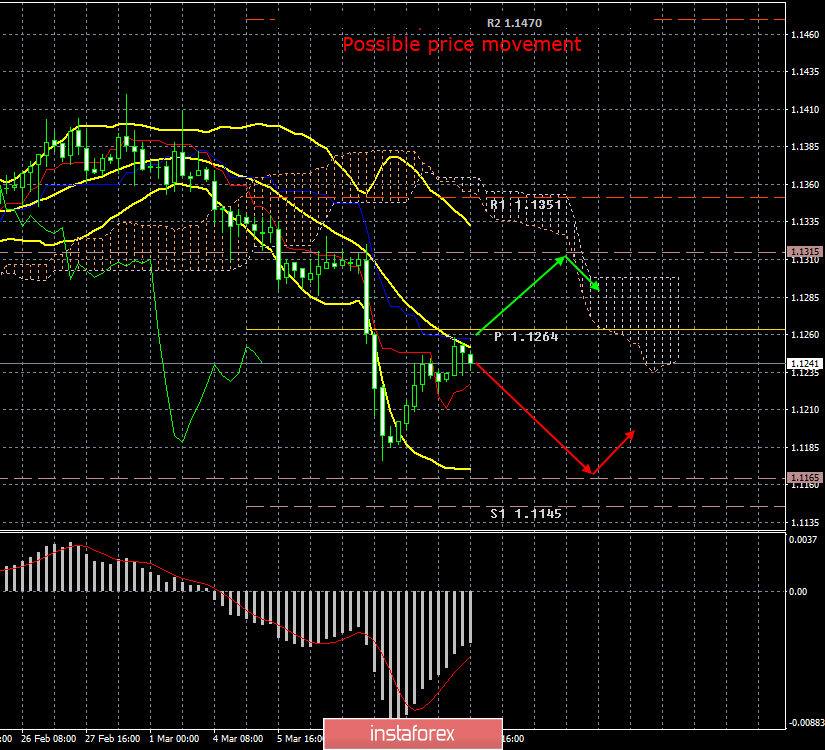 On Monday, March 11, the GBP/USD pair continued to be in the correction phase, and the volatility of the instrument decreased again and was close to the lowest values. During the day, news was expected only from the United States, more precisely, one macroeconomic indicator with several derivatives. Looking ahead, it can be noted that all these data surpassed forecast values, which did not help the US dollar to resume the downward trend. Retail sales in January rose by 0.2% (with a forecast of 0%), the "retail sales control group" added 1.1% against the forecast of +0.6%, and retail sales excluding autos rose by 0.9% against market expectations of +0.3%. In addition to these reports, no important news was published today, which, in principle, is understandable due to the instrument's low volatility In the meantime, the main focus of traders has returned to the pound sterling. Last week, everyone was worried about the position of the ECB and Mario Draghi, after a wave of disappointment against the background of the ECB chairman's "dovish" attitude, now the Brexit topic has come to the fore. Therefore, in the coming days, the European currency may be in the shadow of the pound, and volatility could remain low. The only exceptions are time periods in which important macroeconomic statistics will be published in the United States or the eurozone. From a technical point of view, the pair has fulfilled the critical Kijun-sen line. A price rebound from this line can provoke a resumption of the downward movement. Overcoming the critical line will change the the instrument's tendency to an upward one.

The EUR/USD pair continues to adjust. Thus, it is recommended to wait for a rebound from the Kijun-sen line to open new short positions with a target of 1.1165. The MACD may be late in response to the completion of the correction.

Buy orders are recommended to be considered if the bulls manage to gain a foothold above the Kijun-sen line. In this case, buy orders with small lots will be relevant for a target of 1.1315.

The material has been provided by InstaForex Company - www.instaforex.com
EUR/USD. 11th of March. Results of the day. US retail sales did not stop the correction on the pair