EUR/USD has been trading sideways at 1.1315, and we found the fake breakout of the resistance at 1.1337, which was a sign of weakness. 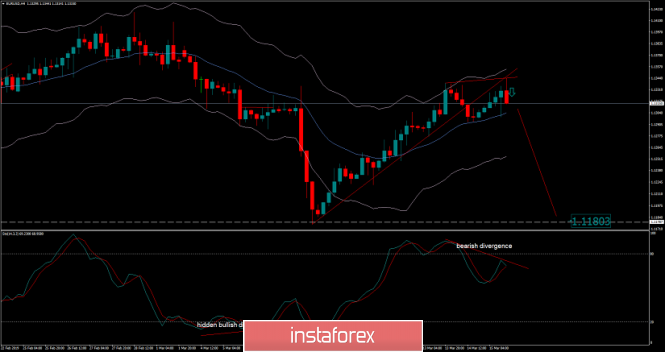 According to the H4 timeframe, we found the fake breakout of the resistance at 1.1337 and the bearish divergence on the Stochastic oscillator, which was a sign of the potential weakness. Also, there is the breakout of the upward trendline on the background, which is another sign of weakness. The key resistance is seen at 1.1337 and the key support - at 1.1180. The level of 1.1293 is the first short- term support.

The material has been provided by InstaForex Company - www.instaforex.com
2019 EUR./USD analysis for March 15