EUR/USD. The dollar is getting cheaper ahead of the March Fed meeting

The dollar index continues to dive down. After reaching the local high of 97.26 on March 7 (a three-month high), the indicator started to actively give up its positions - the index is currently already at the level of 95.86.

The nearly recoilless movement of the indicator indicates market alertness: the closer the date of the March Federal Reserve meeting, the more that traders actively get rid of the greenback. The nervousness of investors is understandable: after all, the so-called "Fed points" (dot plots) will be published on Wednesday, which will mark the likely actions of the regulator this year. For the first time in a long time, one of the hypothetical scenarios suggests a reduction in the rate. This fact does not make it possible for dollar bulls to develop an offensive in the foreign exchange market: in almost all pairs, the US currency has lost its advantage. The euro-dollar pair is no exception. 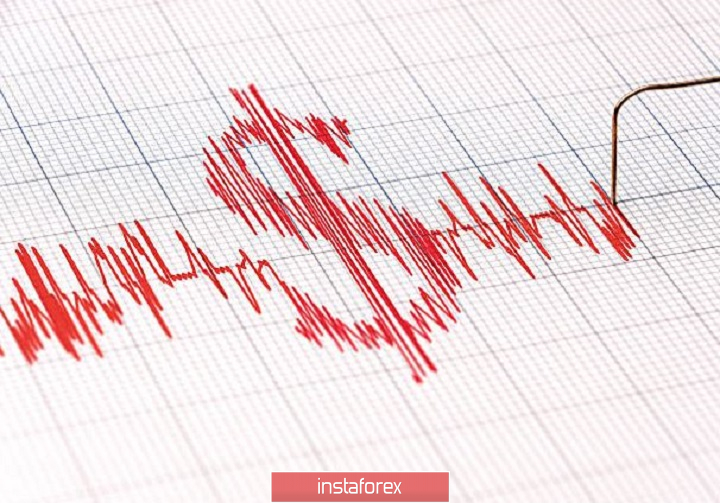 However, "not a single Federal Reserve" lives the market today. Today, the growth of the EUR/USD pair is also spurred by good macroeconomic data from Europe, as well as a news background regarding the future prospects of Brexit. Thus, the ZEW Institute's sentiment index for the business environment in Germany showed the strongest increase in March over the last year. And although the indicator remained in the negative area, traders drew attention to the dynamics of its growth. In addition, the increase in the index as a whole in the eurozone also surpassed expectations, having updated its 10-month high. Against the background of a half-empty economic calendar, these releases were enough for EUR/USD bulls to test the middle of the 13th figure, especially against a weakened dollar.

The Brexit theme also makes it possible for the pair to be bullish. Although at the moment, no one can predict how the confrontation in the May-Parliament-Brussels triangle will end, one thing can be said with certainty: in the foreseeable future, there will be no "hard" Brexit. All other scenarios somehow "fit" the currency market, the only difference is how long the period of uncertainty lasts.

Despite the importance of the fundamental factors mentioned above, the Fed meeting is still the main engine of growth for the EUR/USD, or rather, expectations of its outcome. According to the expectations of most experts, the Fed will change its monetary policy forecast, reducing the number of expected rate increases from two to one. Also, the regulator may announce the suspension of the balance sheet reduction. In general, the text of the accompanying statement, as well as the rhetoric of Jerome Powell (who will hold a press conference), will be cautious in nature, implementing the "policy of patience".

If this scenario is implemented tomorrow, which is the basis for the market, the reaction of the dollar is unlikely to be large-scale. But any deviation from it will cause a fairly strong volatility. First of all, you should pay attention to the assessment of the latest US macroeconomic data. Nonfarm and CPI showed quite contradictory dynamics, therefore unpleasant surprises are possible for dollar bulls. Let me remind you that following a record increase in the number of people employed in January (by 311 thousand), this figure then fell to 20 thousand in February. 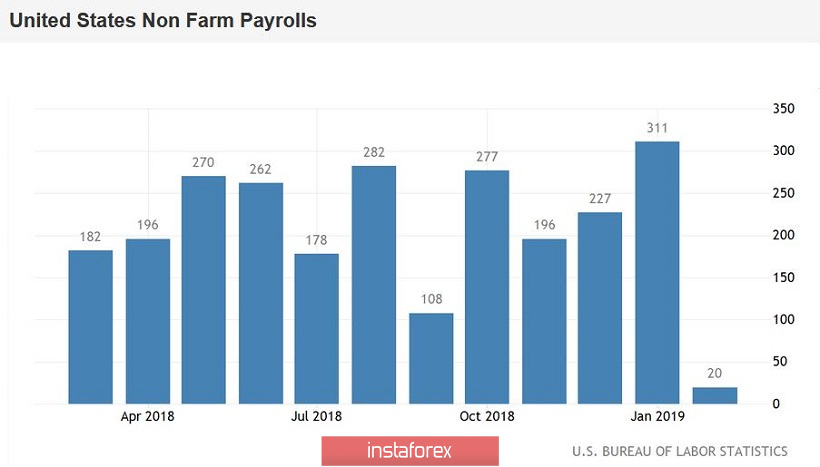 Experts are still arguing over what caused such a sharp decline - seasonal factors, massive teacher strikes or systemic problems. By the way, the initial optimism about reducing the unemployment rate from 4% to 3.8% came to nothing, since this dynamic is explained by the return of government employees after a prolonged shutdown.

As for inflation, the situation is even worse. The increase in consumer price index in January was 1.8% compared to the same period last year, while the base PCE excluding food and energy prices rose by 1.9%. Thus, inflation slowed down compared with the period of last year, and this fact goes against the forecasts of the US central bank, whose members hoped to keep the key indicator at a two percent level. On the other hand, good data on wage growth in the United States may slightly smooth out the negative reaction - although the overall inflationary trend leaves much to be desired.

Thus, for the dollar, there are two potentially dangerous options for the event's development: if the Fed completely eliminates the likelihood of a rate hike this year, and if the Fed head allows the rate to drop in the foreseeable future. All other options will either have a neutral impact on the greenback, or strengthen its position throughout the market.

In a technical point of view, the pair finally consolidated above the middle line of the Bollinger Bands indicator on the daily chart (that is, above the mark of 1.1320) - EUR/USD bulls attacked this target for a week and a half. Now the pair has the potential to increase towards the next resistance level - the lower boundary of the Kumo cloud, which corresponds to the price of 1.1390. The Golden Cross formed by the Ichimoku indicator also confirms the priority of an upward movement. However, the saturated events of the environment can turn the price by 180 degrees - especially if the Fed has shown unexpected optimism about tightening monetary policy in the second half of the year. If the regulator reduces the upper limit of the neutral range to 2.75% or even to the current 2.50%, the dollar will fall under the next wave of being sold.

The material has been provided by InstaForex Company - www.instaforex.com
EUR/USD. The dollar is getting cheaper ahead of the March Fed meeting