EUR/USD: the dollar jumped thanks to Trump and market fears

The results of the Federal Reserve's March meeting led to unexpected results: anti-risk sentiment has increased significantly in the market. Traders interpreted the US central bank's meeting in a broader sense - as a signal for a possible recession in the global economy. Such concerns are fuelled by other fundamental factors: the drawn-out trade negotiations between the US and China, as well as uncertain prospects for Brexit.

The dynamics of GDP growth in the G20 countries also leaves much to be desired - in particular, the pace of economic recovery in Canada has slowed sharply: similar trends are observed in the US, Japan, Australia, etc. Regulators of these countries have revised their forecasts of economic growth not only for the current but also for next year. At the same time, the central bank is gradually softening its rhetoric, which leaves no hope for tightening monetary conditions in the foreseeable future. An easing is out of the question, but the trend is clearly alarming: this year almost all the central banks had voiced "dovish" comments on future prospects. 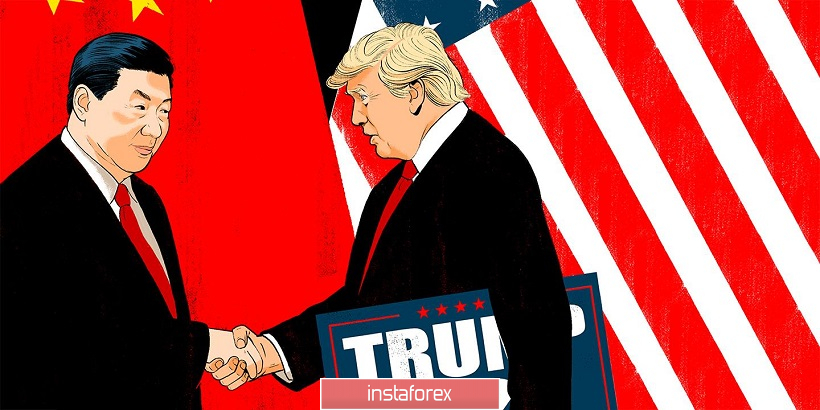 It cannot be said that the Fed is in the forefront in this context. Throughout the past year, the Federal Reserve was almost the only regulator (except for the Bank of Canada), which continued the cycle of normalizing monetary policy. But its decision to suspend this process has become a conditional signal for the entire financial world, which may indicate an impending crisis. This precisely explains the dynamics of the US currency: after initial emotions have subsided, traders contemplated the essence of Powell's messages, and revised their attitude to the dollar, regarding it as a defensive asset. The sluggish trade war, as well as the ongoing epic with Brexit, only increased the nervousness of the traders, serving as a kind of trigger for the greenback's growth.

The immediate reason for the EUR/USD pair's decline was Donald Trump's statement, as he announced that the United States would save trade duties on Chinese goods, "in order to guarantee a favorable agreement with Beijing." Moreover, according to him, the question of the abolition of duties is now generally not on the agenda: the White House doubts that Beijing will eventually make concessions in trade relations.

The market was surprised by this statement. After all, last week, PRC representatives reported that the draft deal was almost agreed, and the leaders of the countries moved the March meeting "due to strong employment, which does not allow them to prepare for a historic summit." In the United States, these words did not disprove (however, they did not confirm), and the market once again cheered, maintaining hopes for the conclusion of a long-awaited truce. As assured in Beijing, the approximate date of the meeting of the heads of state is mid-June. But the categorical words of the American president questioned this assumption.

According to rumors, Donald Trump is demanding China to increase the volume of imports of products from the United States. It is worth recalling that Beijing has already made certain concessions to the Americans. Last year, China had again started to buy soybeans from the States, and also lowered tariffs on imports of American cars. This year, the Chinese continued to meet Washington, for the first time, China allowed them to import several types of rice from the United States. Also, for over the next 6 years, the Americans were offered by the Chinese to purchase from them $1.2 trillion worth of aviation and energy products. But according to the American press, Trump demands an increase of this amount - at least twice. And although this information is unofficial, the fact that the negotiation process has "slipped" is evident, despite the mutually polite and cautious comments of both parties. 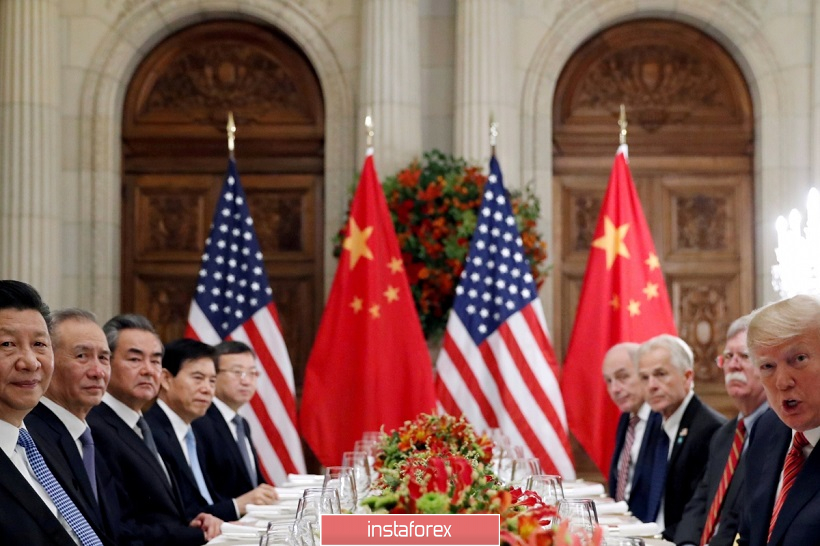 It should also be noted that Trump's entourage has no consensus on the strategy of the negotiation process. Back in February, American journalists claimed that a real backstage struggle between the head of the Ministry of Finance Steven Mnuchin and U.S. trade representative Robert Lighthizer had unfolded in the presidential administration. The first takes a softer stance on the resolution of the Chinese issue, the second is a typical "hawk". Thus, according to Mnuchin, the abolition of duties (partial or full) will push Beijing to more serious concessions in the context of a future trade agreement. However, Lighthizer believes otherwise - in his opinion, China will regard this step as a manifestation of weakness and indecision. Apparently, Trump took the side of Lighthizer, given his recent statements.

Thus, the dollar unexpectedly benefited from a soft Fed meeting. Naturally, this circumstance cannot be considered as a basis for the rally's resumption: if anti-risk sentiment fades in the market, and Europe's key macro indicators show growth, then the greenback will remain one-on-one with the hesitant Fed. At the same time, such a behavior from the dollar indicates how sensitive it is to the external fundamental background. In other words, the key to global growth (or to a large-scale decline) of the US currency is not with the Fed, but with those people in whose hands is the fate of future trade relations between the United States and China.

The material has been provided by InstaForex Company - www.instaforex.com
EUR/USD: the dollar jumped thanks to Trump and market fears