The results of the March meeting of the European Central Bank were fatal for the single currency: first, the regulator finally abandoned its intentions to increase the rate this year, and secondly, launched a new round of targeted long-term loans for banks, reaffirming the ECB's commitment to soft monetary policy. The rhetoric of Mario Draghi also wore a rather "dovish" character, complementing the general fundamental picture. The result of the March meeting exceeded the expectations of most experts, and this fact sent the euro into a knockout: against the dollar, the single currency broke through the support level of 1.1260 and headed towards the 11th figure, settling in a new-old price niche.

On the one hand, the issue of launching a new round of targeted long-term loans has long been in the air. Members of the regulator discussed this topic in December (to no avail), but in January bypassed this issue, thus providing indirect support to the European currency. But last month, some representatives of the ECB (in particular, Peter Pratt and Benoit Coeure) hinted that in March, the regulator will report a new round of TLTRO, despite the fact that the previous program ends in the middle of next year. As noted by members of the central bank, the banking sector will experience a need for liquidity in the current year, and long-term funding needs to be resumed in the near future. 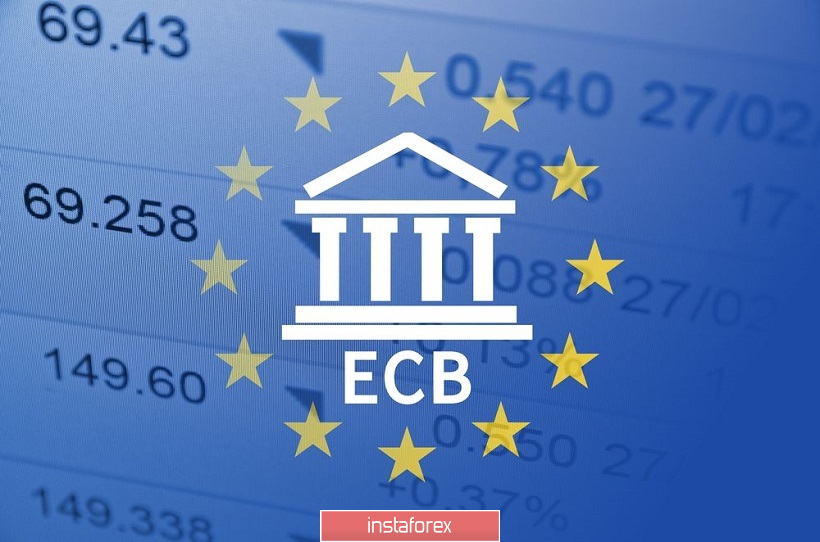 And yet, despite such transparent hints from ECB members, the market doubted that the regulator would be so decisive about this issue. According to the general expectation of traders, at the March meeting, the central bank was supposed to discuss this scenario and prepare the ground for its implementation. Instead, the regulator announced TLTRO-3, which will be launched in September.

Also, the European Central Bank has put an end to the reasoning about a possible rate hike in the current year. According to the updated text of the accompanying statement, key interest rates will remain at current levels at least until the end of 2019 - "and in any case, as long as it is necessary to ensure further steady inflation approach to a level slightly lower, but close to two percent" . At the end of previous meetings, the phrase sounded different: the central bank planned to keep rates at the same levels "at least until the end of the summer of 2019".

This suggests that the regulator does not expect an inflationary breakthrough in the coming months: let me remind you that core inflation in the eurozone, contrary to growth forecasts of 1.1%, had again dropped to one percent. Therefore, now it is absolutely impractical to make any forecasts as to whether the ECB will raise the rate in the first half of next year or not: if the core inflation index continues to slump in the area of one percent, the regulator will continue to postpone the approximate date of this decision.

Here it is worth noting that at the March meeting, the ECB had once again reduced its forecasts for GDP growth and inflation – the second time in the last three months. Thus, according to the regulator, the eurozone economy will grow by only 1.1% this year, while the previous forecast assumed growth to 1.7%. As Draghi mentioned, there are several factors contributing to the slowdown of the EU economy, but the main ones are China and Italy. Long-term forecasts show a smooth recovery of Eurozone GDP – in 2020 to 1.6% (previous forecast – 1.7%), and in 2021 - to 1.5% (unchanged). As for inflation, the regulator has also significantly reduced its expectations: this year it is projected to grow to 1.2% (against the early forecast of 1.6%), and next year – to 1.5% (against 1.7%). 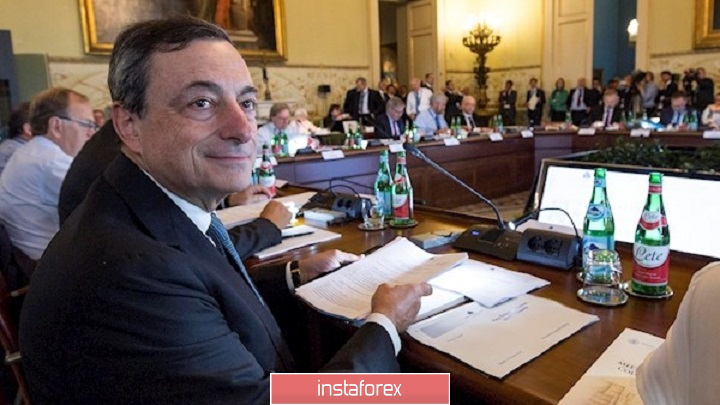 Thus, the European Central Bank identified new landmarks and new horizons, completely redrawing the fundamental picture of the EUR/USD pair. In the long run, such a decision will certainly benefit the European economy - at least due to the euro's devaluation. But short-term forecasts do not leave hopes for the pair's bulls: in the near future, buyers will fight for the 12th figure, while the previous heights will remain inaccessible for now.

From a technical point of view, the EUR/USD price is under pressure due to trend indicators, and on all the "lower" time frames. On H4, D1, W1 and MN, the pair is on the lower line of the Bollinger Bands indicator, which also indicates the priority of a downward movement. The closest, strongest support level is located at around 1,1005 - at this price point, the bottom line of the Bollinger Bands coincides with the lower boundary of the Kumo cloud on the monthly chart. Strong arguments are necessary in order for bears of the pair to go below the 10th figure- not only at the expense of a weak euro, but also at the expense of a strong dollar. In this context, Friday's Nonfarm data can play a significant role.

The material has been provided by InstaForex Company - www.instaforex.com
EUR/USD: the euro received a ticket downwards