EUR/USD. March 21. Results of the day. The fate of Brexit is in the hands of the European Union 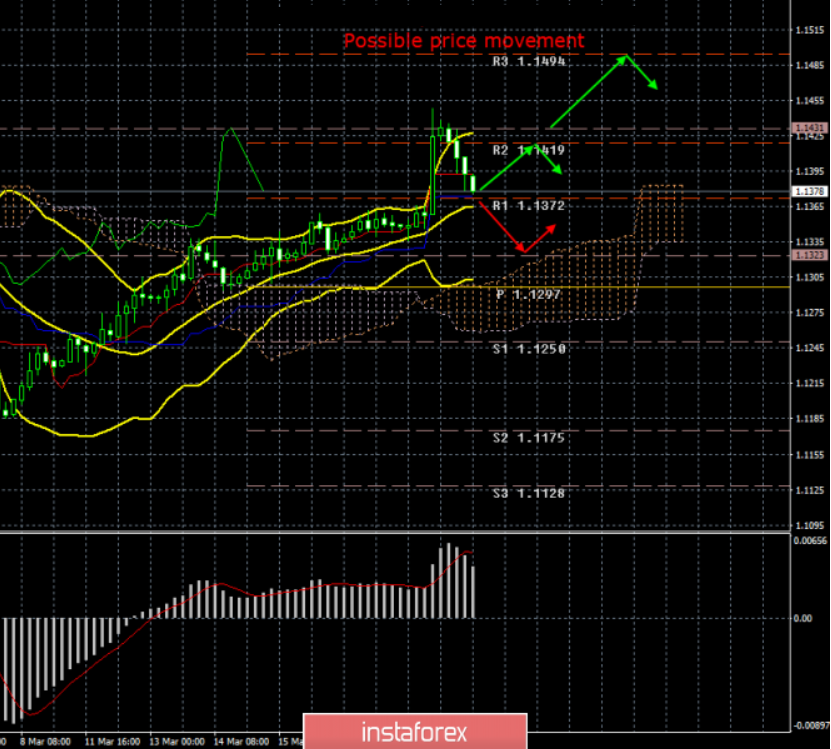 On Thursday, March 21, the EUR/USD currency pair started a downward correction after yesterday's strengthening against the background of the "dovish" attitude of the Federal Reserve. Meanwhile, passions continue to boil around Britain. However, the European Union is also coming to the fore at this stage of Brexit. The fact is that the UK wants to postpone Brexit for several months. The European Union will meet London only if the final date is at May 23 (that is, before the elections to the European Parliament), or if the delay is not less than a year. But even in this case, Theresa May must provide guarantees that during that time she will be able to convince Parliament and it will accept the divorce agreement that was reached with the EU. What guarantees can Theresa May provide? We have already seen several attempts to push her version of the deal through Parliament, and all of them ended in failure. What new trump cards can a current prime minister have? She has no choice but to negotiate with individual parties and even with representatives of their own party. But will this option satisfy Juncker and the company? If not, then in a week we can witness hard Brexit, which, no one really needs. From a technical point of view, as long as the pair is above the critical line, an uptrend remains. If the pair manages to leave below the Kijun-Sen line, then it would turn into a downward trend. And even despite the completion of the rate hike cycle in the United States, it cannot be said that the dollar has no chance of growth anymore.

The EUR/USD pair has started to adjust. Thus, it is now recommended to wait for the completion of a correction in the form of a price rebound from the critical line and resume long positions with the target area of a resistance of 1.1419 - 1.1431.

Sell positions are recommended to be considered if traders manage to overcome the critical line. In this case, it would shift to a downward trend, and the first goal will be the level of 1.1323.

The material has been provided by InstaForex Company - www.instaforex.com
EUR/USD. March 21. Results of the day. The fate of Brexit is in the hands of the European Union