The first week of April is full of events for euro/dollar traders. Today, on Monday, we will find out data on the growth of European inflation and the indicator of retail sales in the United States. On Tuesday, the volume of orders for durable goods will be published, and on Wednesday - the composite ISM index for the non-manufacturing sector and the ADP report. One more block of macroeconomic data will be published on Friday - first of all, we are talking about US non farms. On the same day, the eurogroup meeting will begin.

Despite the importance of the above releases, the most important events of this week are political, not economic. Brexit and the US-China negotiations are the "two whales" of the fundamental picture on which trade will be built, not only for the EUR/USD pair, but also for other dollar pairs. 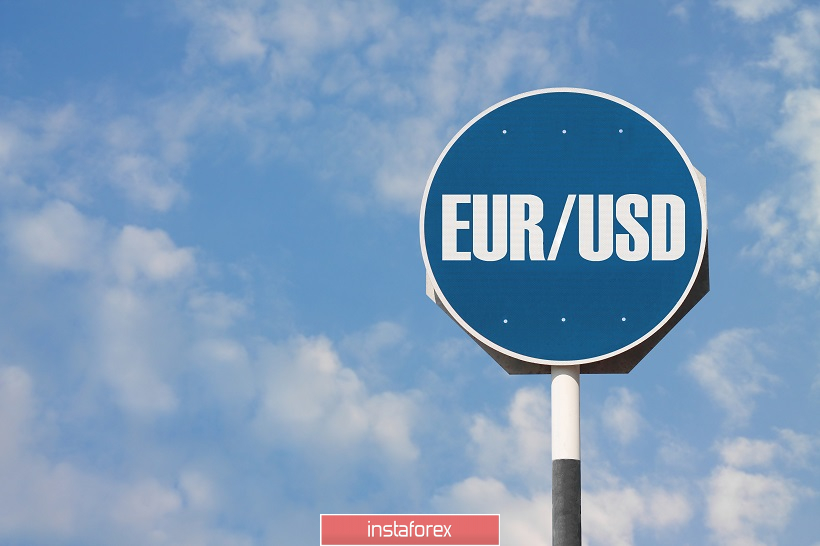 Brexit has long gone beyond the local scale: the bargaining epic is being watched in Brussels, in Washington, in Beijing, and in other financial capitals of the world. Therefore, the key stages of the prolonged drama have a corresponding impact on the foreign exchange market. In this case, the euro obediently follows the pound, reflecting the general market sentiment. As you know, on Friday, members of the House of Commons once again failed to vote for a deal with the EU, which caused a barrage of criticism not only in Europe, but also among ordinary Britons who on the same day took to the streets and chanted "Brexit now!". European Council President Donald Tusk, in turn, convened an extraordinary EU summit on April 10 to discuss the details of Britain's withdrawal from the EU without any agreements. To date, this is the basic scenario, since London has not fulfilled the condition (approval of the transaction) for extending the delay until May 22.

The weekend was followed by Theresa May's reaction. She is ready to put this question to the vote for the fourth time: but the last time she offered the "carrot" to the deputies in the form of her voluntary resignation, now she threatened with a "whip". The head of the British government said that in case of failure, she could dissolve Parliament and call for an early general election in order to break the deadlock.

There is not much time left either - by and large, this week, the Parliament should take steps towards a deal, or prepare for two very unpleasant scenarios - early elections and the hard Brexit. On a longer delay in Downing Street, so far they are silent: apparently, this option is reserved for the most extreme case. Moreover, in this case, Britain will have to participate in elections to the European Parliament (and it's not a fact that Brussels will agree to a prolongation of the negotiation process). Today the "indicative votes" procedure will take place in the House of Commons, which will make it possible for the MPs to be guided for further action. This procedure is not a vote for certain steps - as a matter of fact, the Parliament will again hold "signal" votes, the results of which will show which of the options will hypothetically gain the most votes.

It is this option (which will gain the most support) that can subsequently be put to a "real" vote, which will be binding. MPs will again express their position on different scenarios, demonstrating the general mood of the deputies. According to preliminary data, several options will be put to the vote: 1) – "hard" Brexit; 2) – holding a second referendum and 3) – approval of the May deal along with a political declaration. According to the British press, the prime minister agreed to "certain changes" with the EU, in the text of the declaration to win over more supporters among the deputies. Whether this is true or not will be known in the near future.

The European currency will follow the pound, however, "adjusted" for its own fundamental factors. For example, today's release of data on the growth of European inflation may distract EUR/USD traders from Brexit, especially if it does not coincide with forecasts. According to general expectations, the consumer price index in March will remain at the February level (1.5%), while core inflation will decrease by one tenth of a percent (that is, to 0.9%). If real numbers turn out to be better than predicted, corrective growth may be continued. 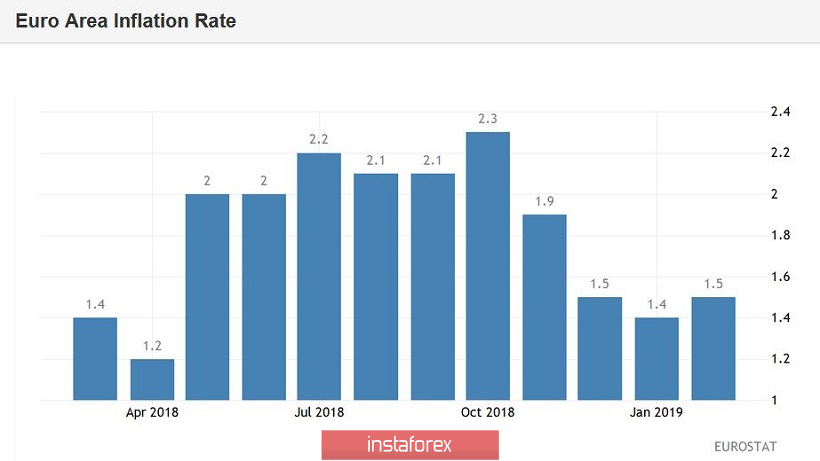 The US-China talks will also influence the dynamics of the pair. However, this negotiation process is more "quiet" in comparison with Brexit. According to the latest data, on March 29, the parties agreed on a "Memorandum of Understanding", which will be part of a broad trade deal. According to American journalists, now the working group is working on the text of the final agreement, and rumors about the failure of the negotiations are "greatly exaggerated." This week, the dialogue is expected to continue in Washington, where a meeting with the US President is also expected. News regarding the development in the negotiation process will reduce the anti-risk sentiment in the market, thereby weakening the dollar's position.

From a technical point of view, the task of the EUR/USD bulls is the same - to maintain the level of 1.1205 (the bottom line of the Bollinger Bands indicator). For the bears, the opposite task is to gain a foothold in the area of the 11th figure. If sellers do not have enough strength to reduce, then a corrective pullback to the borders of the 13th figure is quite likely, where the middle line of the Bollinger Bands indicator coincides with the Kijun-sen line on the daily chart.

The material has been provided by InstaForex Company - www.instaforex.com
EUR/USD: preparing for price turbulence