The demand for the American currency is growing again, in the wake of yet another concern about the global economic crisis. Following the deceleration of key indicators in Europe, the USA and China, another alarm came.

For the first time in the last 12 years, the yield curve for Treasuries with maturities of 3 months and 10 years was inverted: first, the yield of 3-month bonds coincided with the indicator of 10-year government bonds (at around 2.455%) and then exceeded this value. This fact alarmed traders who remember similar trends in the run-up to the 2008 crisis. Against the background of panic, the market became interested in the dollar again - this time, considering the currency as a protective tool. Even such possible prospects as the Fed rate cut did not scare off investors, as this decision would be a signal for the rest of the Central Banks of the world, including the ECB. Therefore, the situation in the US debt market has a broader impact not only on the dynamics of the foreign exchange market but also on the stock and commodity. 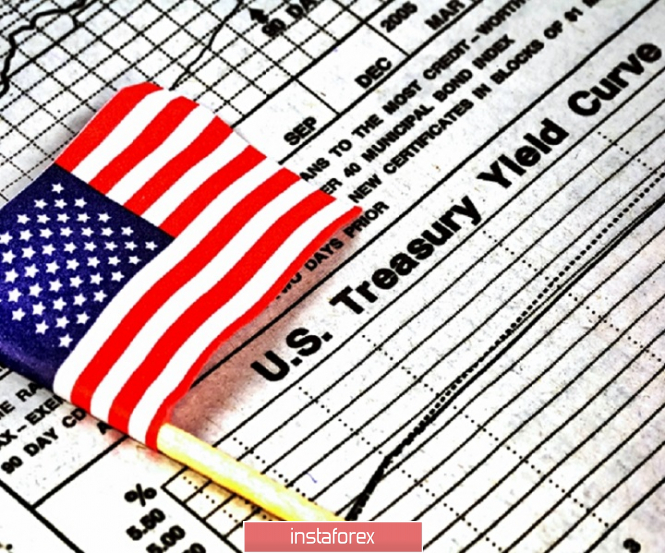 According to some experts, the inversion of the yield curve is an early warning signal: the time gap between "lightning and thunder" is from 6 to 10 months. It is worth recalling that conversations of an impending recession over the past year and a half have arisen on the market regularly. For example, exactly a year ago, in March 2018, the yield curve was in the process of flattening (the difference in rates was narrowed): the differential of ten-year and two-year treasuries was reduced to 0.54%. In response to this fact, the EUR/USD pair fell by almost 200 points, from 24 to 22 figures.

Then, an impending economic recession was launched in December 2018 - the yield on 10-year bonds dropped to multi-month lows, and the yield spread on 10-year and 2-year treasuries dropped to its lowest level in more than 10 years. The narrowing of the spread between US short-term and long-term government bonds has been talked about earlier in 2016 and in 2017, expressing corresponding concerns. Then the spring expanded again, and the market switched to other fundamental factors. On the one hand, such an excursion into recent history allows today not to panic. On the other hand, it is still alarming that the American debt market is giving more and more frequent signals.

The situation in the stock markets of other countries also indicates a certain trend - government bonds with long maturities are becoming more expensive, while their yields are declining. In particular, the yield of 10-year German bonds for the first time in almost three years fell below zero. Similar trends are observed in other countries: the profitability of the Japanese 10-year-olds collapsed to two-year lows, in Australia - to five-year lows, and in New Zealand, this figure dropped below two percent for the first time in history.

Such dynamics are "fueled" by the soft rhetoric of members of the central banks of the leading countries of the world: the Federal Reserve, the ECB, the Bank of Canada, the Bank of Japan, the RBA and the RBNZ — all of these regulators have stated that they either suspend the monetary tightening cycle or continue to wait. In addition, you can already hear the cautious assumptions about the mitigation of monetary conditions, such intentions are already quite straightforwardly voiced.

For example, the Reserve Bank of New Zealand, following the March meeting, announced that it was rejecting the previous neutral forecast on the prospects for interest rates, stating that the rates would likely fall. New Zealander collapsed throughout the market, as many experts have suggested that the regulator will move from words to action in May. The US Federal Reserve also continues to demonstrate a pigeon attitude. In particular, Stephen Moore, whose candidacy Trump nominated for the position in the Board of Governors of the Fed, said yesterday that the American regulator should "immediately" lower the interest rate, and immediately by 50 basis points.

Thus, there is general nervousness in the foreign exchange market, which is associated with fears of a slowdown in the global economy and the risks of a repetition of the "2008 year". Against this background, the dollar is in demand, but its growth will be limited, due to the strengthening of the "dove" attitude of the Fed. Therefore, considering short positions in the EUR/USD pair, care should be taken in the area of the support level.

Now, a few words about technology. Technically, the price is below the "Parade of Lines" signal of the Ichimoku Kinko Hyo indicator and between the middle and bottom lines of the Bollinger Bands indicator. This indicates the dominance of the downward direction. The support level is the lower line of the Bollinger Bands indicator and the mark of 1.1205. The resistance level is the lower limit of the Kumo cloud of the Ichimoku indicator and the price of 1.1340.

The material has been provided by InstaForex Company - www.instaforex.com
EUR/USD: the US debt market scares investors again