EUR/USD. US inflation disappointed but today, the market is fascinated by Brexit

Data on the growth of US inflation could not restore the dollar's recent confidence. The release was rather weak, especially against the background of quite unimpressive forecasts. The market did not see an inflation spurt, and this fact again reminded traders of the Federal Reserve's wait-and-see position. On the other hand, investors have already considered the Fed for many months at current prices, so the reaction of the dollar bulls to today's release was limited.

Speaking in terms of figures, the consumer price index on a monthly basis for the first time since November last year rose from zero to 0.2% (in accordance with the forecast). In annual terms, the index continues to slide down: in October it was at the level of 2.5%, and today it came out at the level of 1.5% (with the growth forecast to 1.6%). Core inflation was disappointing in monthly and annual terms, the release came out lower than expected values (of 0.1% m/m and 2.1% y/y). Despite the fact that the core consumer price index has fell slightly (by 0.1%), here is an important fact: since the autumn of last year, these indicators have been at the same level, and now the indicator has signaled a slowdown. The average weekly earnings were also disappointing - the figure rose to 1.6% (yoy) compared to the previous value of 1.9%. 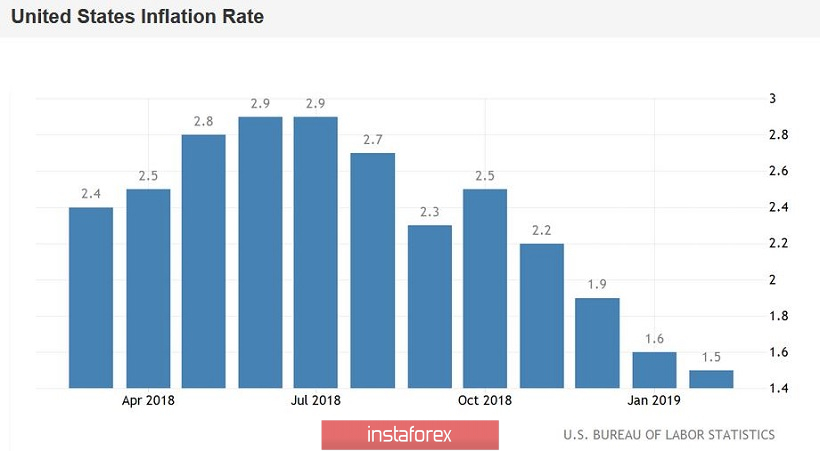 In other words, inflation is slow, but still slowing down, and this process is quite persistent. A logical question arises – why did the dollar show such a phlegmatic reaction to today's release? Most recently, the head of the Fed said that the regulator suspended the process of tightening monetary policy for two reasons: first of all, external risks, and secondly, weak inflation. Despite the continued growth of the US economy, the Fed is forced to maintain rates at current levels, while inflation in the US shows weak growth. Following these words, which were announced just before today's release, traders actually ignored the slowdown in key inflation indicators. This reaction, in my opinion, is due to several reasons.

First, today, the market is "electrified" by the Brexit issue. This topic overshadowed all other fundamental factors, both economic and political. And although usually the news about the "divorce process" has local impact (in pairs involving the pound, at least – with the participation of the euro), the importance of today's events have expanded the scope of this influence. Therefore, the news wave regarding the prospects of Brexit has affected not only the GBP/USD pair, but also other pairs – in particular, EUR/USD.

By the way, Jerome Powell, in a recent interview, stated that the Brexit problem is on the list of risks affecting the determination of the members of the American regulator. Therefore, the dynamics of today's events in London and Brussels overshadowed all macroeconomic reports. After political passions subside (in one form or another), the market will return to today's release, especially on the eve of the March Fed meeting, which will be held next week, on March 20.

In addition, quite good news regarding the US-China trade negotiations is coming to the market. According to US Trade Representative Robert Lighthizer, the parties are now "very close" to reaching a compromise with China in matters of the foreign exchange market. He also noted progress in discussing intellectual property issues. In general, the tone of his speech was optimistic, and this fact made it possible for traders to reduce interest in defensive assets. The dollar, which is traditionally in demand against the background of bursts of geopolitical tensions, has once again surrendered its positions. At the same time, the dollar index is still at the boundaries of the 97th figure, since the uncertainty with Brexit keeps the bulls in tone. 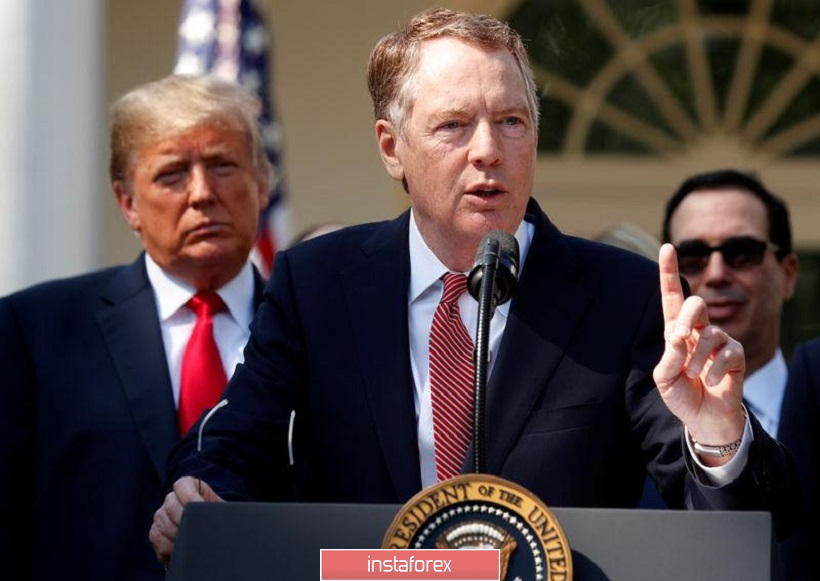 Thus, today, the market simply "dismissed" US inflation, despite the fact that the release was disappointing in many ways. In my opinion, traders will still play this fundamental factor - if not this week, then at the beginning of the next one. The slowdown in core inflation growth offsets the increase in the level of wages, which was recorded in February. This fact is too important in the context of the prospects of monetary policy, so simply "brushing it off" it will not work.

In a technical point of view, bulls of the EUR/USD pair need to consolidate above the mark of 1.1320 (at this price point, the Bollinger Bands middle line is the same as the Kijun-sen line on the daily chart). In the future, this will make it possible for the pair to test the 14th figure - the next resistance level is located at 1.1410, where the upper line of the Bollinger Bands coincides with the lower boundary of the Kumo cloud.

The material has been provided by InstaForex Company - www.instaforex.com
EUR/USD. US inflation disappointed but today the market is fascinated by Brexit 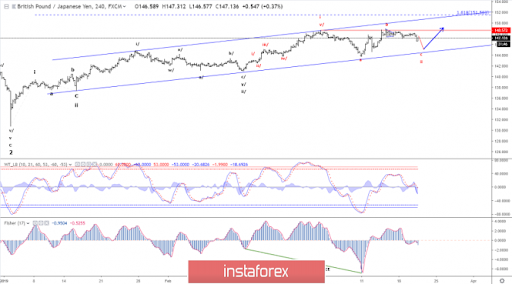